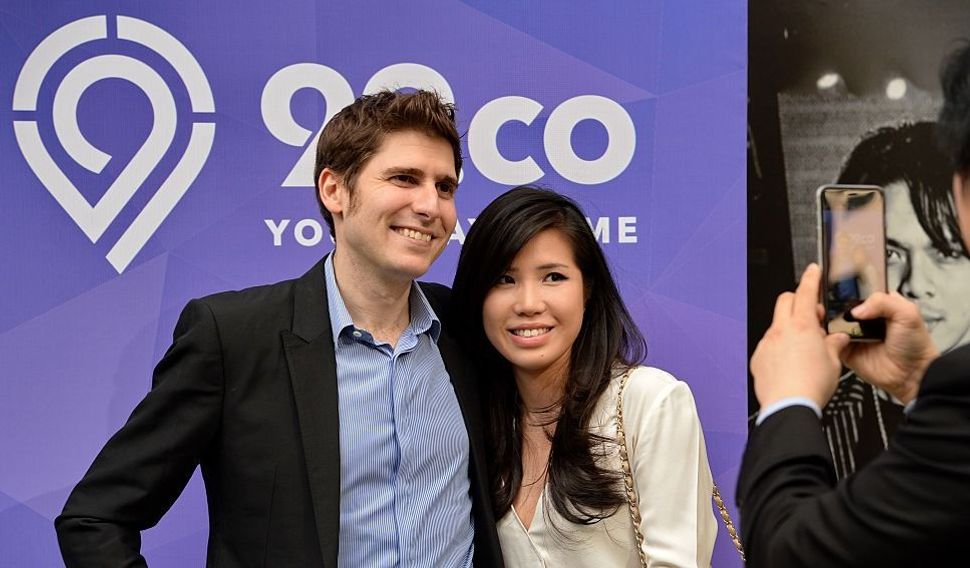 It might sound fanciful, but the author of the trilogy upon which the film is based says powerful Jewish families also exist among Asian society’s wealthy elite.

“There has always been a Jewish community in Singapore,” says best-selling novelist Kevin Kwan, who recalls how Singapore boasted “many synagogues” when he was growing up in the 1970s. There are several “rich and powerful Jewish families in Singapore,” operating very quietly and behind-the-scenes today, he explains. “And in China, of course, there were very illustrious families – the Sassoon family, for example [aka the ‘Rothschilds of the East’] – that really helped found modern China,” he says.

“There are a few very prominent Jewish families that have made Asia their home and really succeeded in becoming respected in the community,” adds Kwan, whose family left Singapore for the United States in the early ’80s.

The island, situated off southern Malaysia, has the highest concentration of millionaires in the world and attracted several high-profile Jewish billionaires. These include Facebook co-founder Eduardo Saverin (now one of Singapore’s richest citizens) and the American-Canadian mining baron Robert Friedland.

Today, the Jewish population on the island numbers some 2,500, according to Singaporean newspaper The Straits Times – most of them not billionaires. Two synagogues serve the community, many of whom trace their roots back to the Iraqi Jews of Baghdad.

“Most of the citizens are aware of how rich some people are in the country,” he says. “It’s very obvious when you see the mansions or the beautiful high-rise penthouse apartments. And also the way people are living now.”