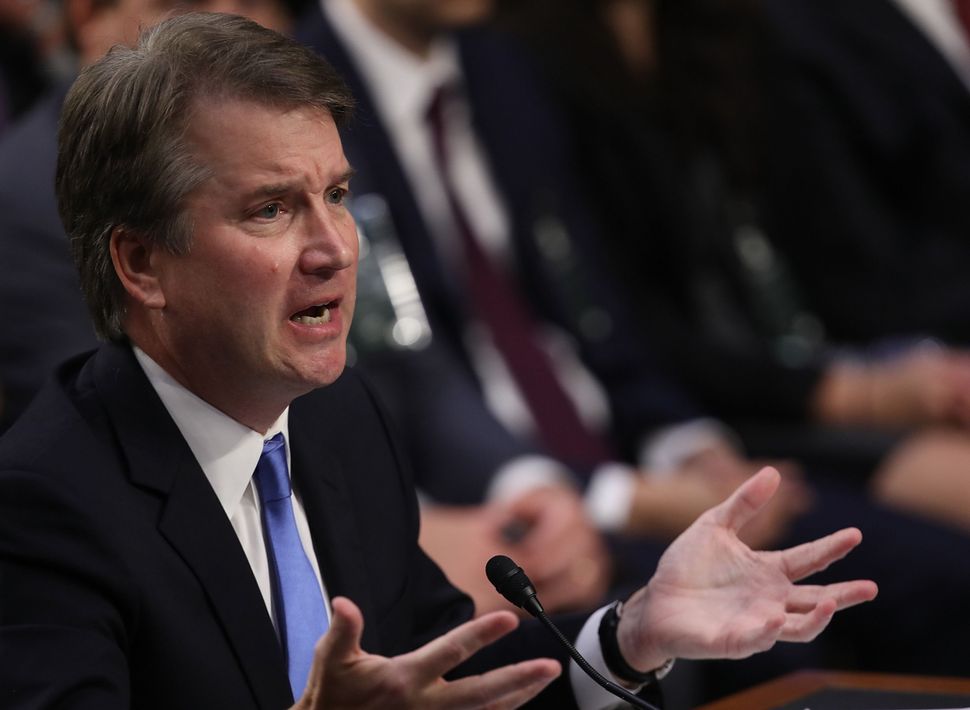 Supreme Court nominee Brett Kavanaugh said during his confirmation hearing on Wednesday that Roe v. Wade is “important precedent” that as been “reaffirmed many times.”

The Trump nominee, who would give conservatives a clear 5-4 majority on the country’s highest court, made the remarks while being questioned by Democratic California Sen. Diane Feinstein.

A coalition of faith-based groups, including Jewish Women International and Bend the Arc: Jewish Action, sent an Aug. 31 letter to the senator saying they “fear that Judge Kavanaugh, if confirmed, will not uphold the right of each pregnant woman to make the best choice for her circumstance.” The National Council of Jewish Women led the effort, initiating and coordinating the letter.

Hillary Clinton tweeted that the federal court judge may be changing his tune on the 1973 decision legalizing abortion nationwide.

Kavanaugh was careful to say he was expressing his views “as a judge” and not his personal opinion on a woman’s right to choose. He then cited the 1992 case Casey v. Planned Parenthood, which reaffirmed the basic tenants of Roe, but said states may regulate abortion under certain circumstances like protecting a mother’s health.

Protesters affiliated with the Women’s March tried to disrupt the hearing Wednesday, as they did Tuesday.

“Stop the slaughter of our children!”

Democrats have tried to stall the process, claiming Republicans have withheld documents related to Kavanaugh’s work in the George W. Bush White House and dumped more than 40,000 other pages the night before the hearings began.