Memorial Ceremony For Victims Of 9/11 Held In Jerusalem 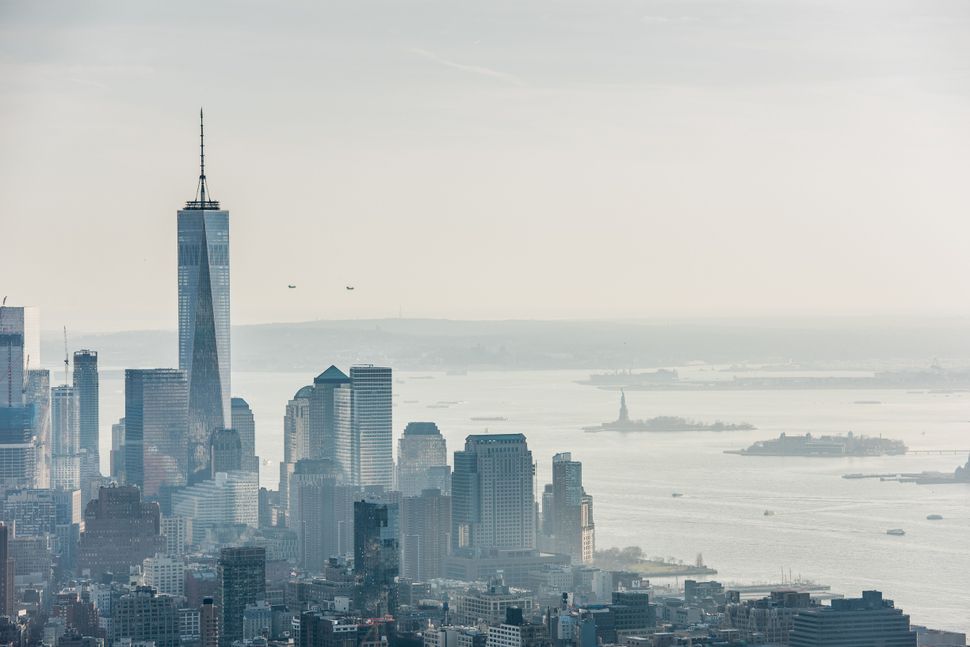 JERUSALEM (JTA) — A memorial ceremony was held in Jerusalem for victims of the 9/11 attacks on the United States.

The ceremony held at the 9/11 Living Memorial Monument in the Jerusalem neighborhood of Ramot, took place on Thursday, because this year September 11 falls on the second day of Rosh Hashanah.

“In this beautiful plaza, at this inspiring location, we remind the families of those lost and we confirm to people everywhere, that we stand together – Americans and Israelis – and that together we continue to heal and to build, in a spirit of solidarity and commitment to the future,” U.S. Ambassador to Israel David Friedman said during the ceremony.

Those who attended the ceremony included United Airlines pilots, firefighters and police officers, and representatives from JNF-USA and Nefesh B’Nefesh, along with Israeli families who lost loved ones in the attack, ambassadors and other diplomats.

The 9/11 Living Memorial Monument is the only one outside of the United States to include all the names of the 9/11 victims. The 30-foot-high bronze sculpture created by Israeli artist Eliezer Weishoff and KKL-JNF landscape architect Yechiel Cohen shows the American flag folded into the shape of a memorial flame. A metal shard from the ruins of the Twin Towers is incorporated into the base of the monument.

Memorial Ceremony For Victims Of 9/11 Held In Jerusalem