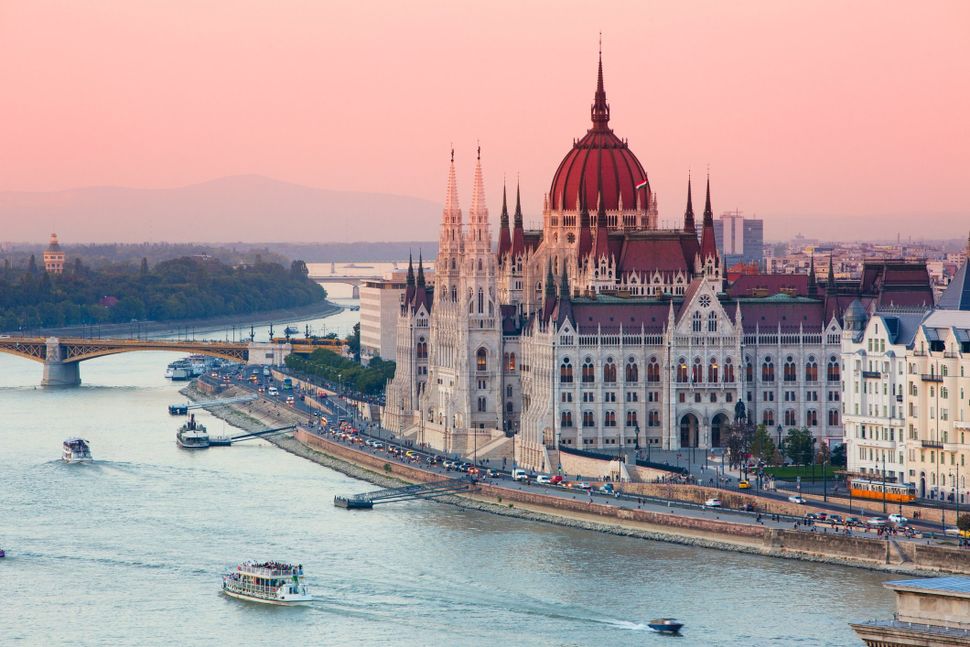 (JTA) — A former synagogue in Hungary’s capital city that had not been used as a place of worship in centuries reopened as a Jewish house of worship in a ceremony attended by the country’s president.

President János Áder attended the re-dedication and opening ceremony of Buda Castle Synagogue on Thursday as a guest of the Chabad-affiliated EMIH federation of Jewish communities, the organization said in a statement.

The synagogue on Táncsics Street, which used to be a Jewish museum, was opened especially in time for Rosh Hashanah, the Jewish new years.

Budapest, whose name is a mashup of the two parts of the city comprising the metropolis, has dozens of synagogues. But vast majority of them are in Pest, which is the bustling part of the city east of the Danube River. Placid and hilly Buda, by contrast, contains most of the city’s foreign embassies, many churches and museums. But it has only a handful of synagogues.

Buda used to have many more Jews before the Holocaust, but those who survived the genocide were all moved to Pest, with few returning to Buda. Some 100,000 Jews live today in Hungary, mostly in Budapest.

“Seeing this place 70 years after the Holocaust, seeing hundreds of people celebrating this special event in the Buda Castle with their heads held high, in the presence of the honorable President, I can hear the footsteps of Israel’s final redemption,” Rabbi Shlomo Kovesh, who heads EMIH, said during a speech at the ceremony.