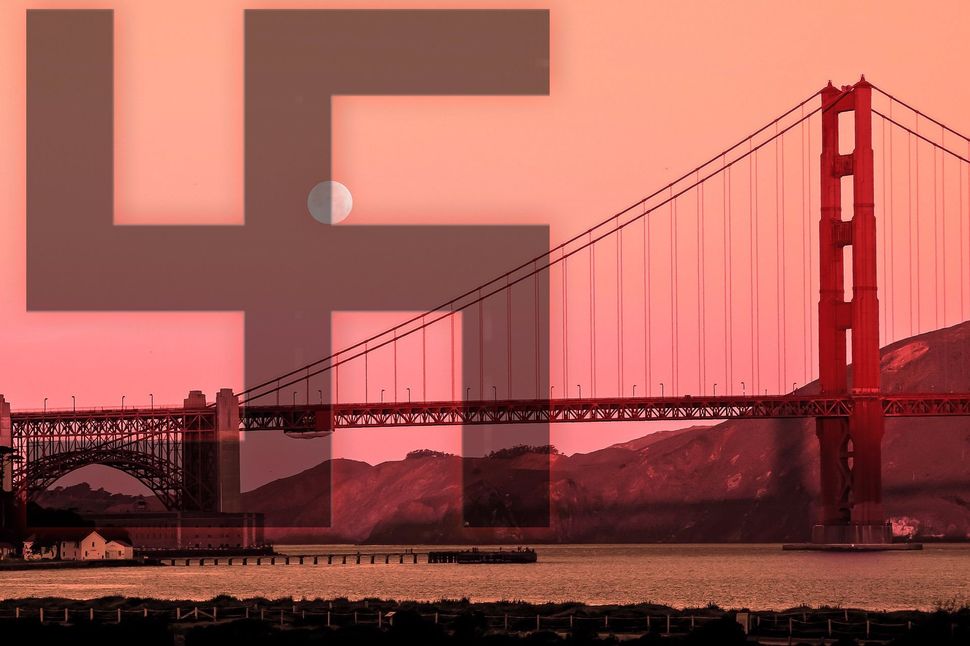 (JTA) — Anti-Semitic fliers were posted at or near five San Francisco-area synagogues ahead of Rosh Hashanah.

The fliers, which included caricatures of Jews with big hooked noses rubbing their hands together, named the far-right website Daily Stormer, one of the internet’s most prominent anti-Semitic outlets.

The Anti-Defamation League issued a community security advisory about the fliers on Friday, J, The Jewish News of Northern California, reported.

“The Jews came for the Daily Stormer, and I said nothing … they are coming for YOUR free speech next,” the fliers read. They show the dates and website domains of the Daily Stormer that have been canceled by hosts in the last year.

The fliers also contain an image of conspiracy theorist Alex Jones, founder of the InfoWars website whose podcasts and channels were removed recently from Facebook, YouTube and Apple’s media platform, with a Star of David placed over his mouth.

Jones is being sued by families of victims of the 2012 Sandy Hook Elementary School massacre, including at least one Jewish family, for saying that the attack was staged by actors and that there is no proof that the children are dead.

The fliers say they are “Brought to you by your local Stormer book club.”

Similar fliers were found posted outside of a church in a Detroit suburb last week.

Temple Beth Shalom, a historic congregation in San Leandro, California, found the flyer outside the synagogue last week. It is the only synagogue being named, since the others have not given permission to ADL to release their names.

The San Leandro Police Department told the local news station ABC 7 that it will increase patrols around the synagogue.