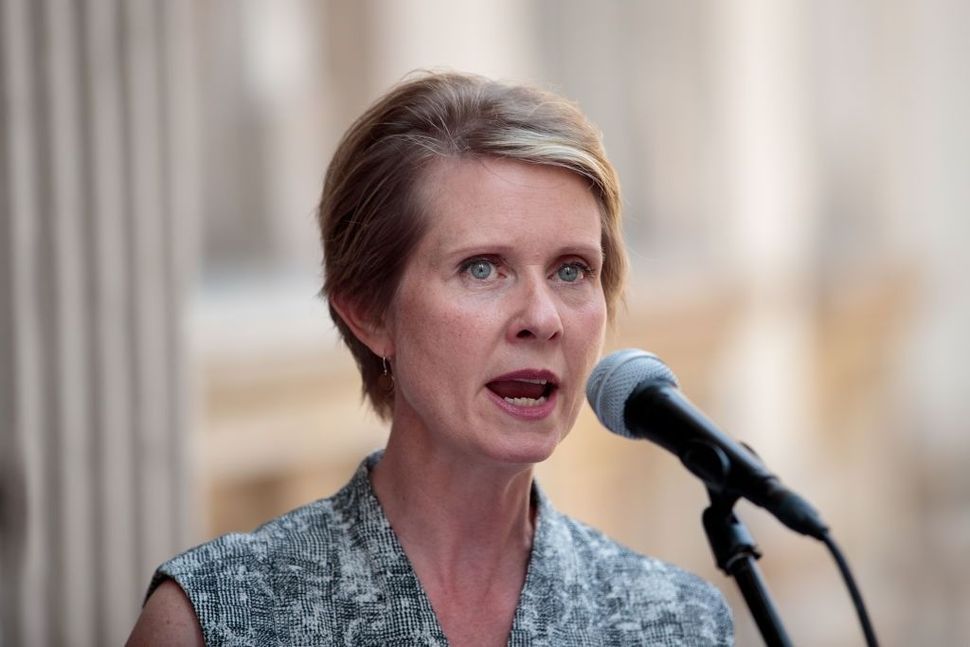 (JTA) — The New York State Democratic Party in a mailer accused gubernatorial candidate Cynthia Nixon of supporting the BDS movement and being silent on the rise of anti-Semitism.

Nixon, who is gay and attends Congregation Beit Simchat Torah, an LGBT synagogue, announced her bid for the Democratic nomination for New York governor in March. She faces incumbent Gov. Andrew Cuomo in the September 13 primary.

“With anti-Semitism and bigotry on the rise, we can’t take a chance with inexperienced Cynthia Nixon, who won’t stand strong for our Jewish communities,” the mailer said. It also states that Nixon is “against funding for yeshivas,” supports “BDS, the racist, xenophobic campaign to boycott Israel” and has been “silent on the rise of anti-Semitism.”

The mailer says it was paid for by the New York State Democratic Committee.

Cuomo campaign spokeswoman Lis Smith tweeted: “Governor Cuomo didn’t approve of or have any knowledge of the mailer in question. He disagrees with the language in it, believes it is inappropriate, and urges voters to focus on the real issues in this race.”

Nixon has not publicly commented on the mailer.

“For many reasons, we have both maintained our neutrality in the primary between Governor Cuomo and Cynthia Nixon. We know them both well, and Sharon is Cynthia’s Rabbi,” the statement said. “Cynthia is no anti Semite. It’s a baseless lie.”