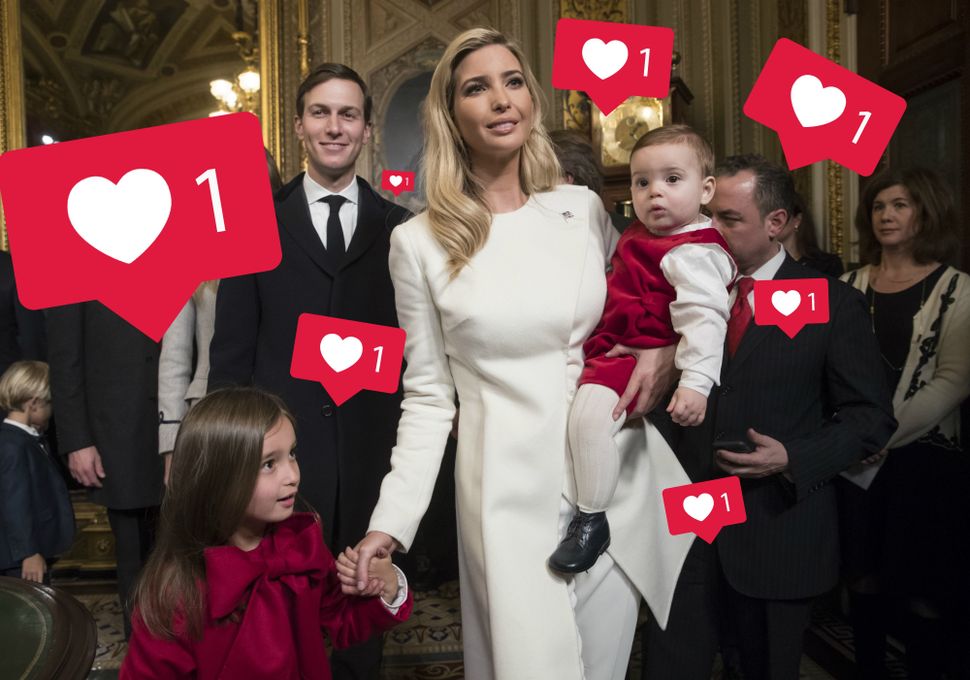 If you thought Ivanka Trump’s constant support for her father’s administration has burned her bridges with her pals in the liberal New York elite, Instagram may offer a surprising rebuttal, POLITICO reported.

Ivanka is reported to manage her own social media feeds, unlike many prominent political and cultural figures. And people who knew Ivanka before Donald Trump’s election have continued liking her posts, even as they donate to causes aimed at thwarting Mr. Trump’s agenda. Take the billionaire hedge fund manager Marc Lasry. He has donated hundreds of thousands of dollars to Democrats running for office, and is a friend of Hillary Clinton. Yet even he has succumbed to liking pictures of Ivanka’s children.

“Ivanka and Jared are old friends and I like seeing pictures of her and her kids,” Lasry told POLITICO. “It has nothing to do with politics, but with being friends with someone for a long time.”

Another major Democratic donor, David Geffen, has liked at least one photo from Ivanka — of her family at Blair House over inauguration weekend 2017.

Even a former New York political operative, Rachel Haot, liked at least one picture of Ivanka — throwing a football — and declined to comment to POLITICO on why.

Even if a like is a small digital gesture of support, the lack of a like can also provide some interesting clues. POLITICO noted that Karlie Kloss — Ivanka’s soon-to-be sister-in-law, has not liked Ivanka’s pictures.

Ivanka’s Instagram has also been the target of social media campaigns. Last month, many celebrities tagged her in “Dear Ivanka” messages admonishing her for the Trump administrations policies, including family separation of people crossing the Mexican-U.S. border. People who Ivanka herself follows on Instagram, like Chelsea Handler and Amy Schumer, joined in criticism of the First Daughter.