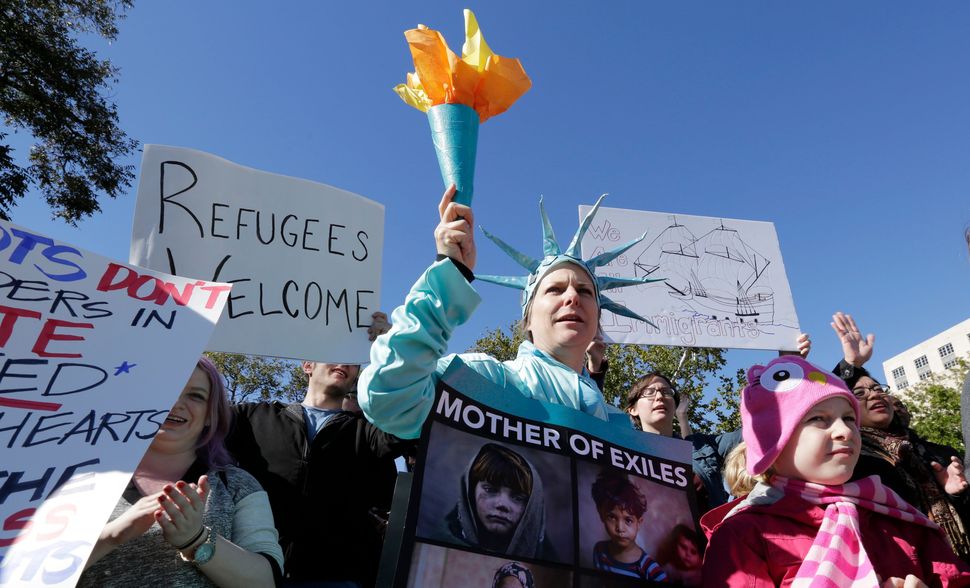 (JTA) — The United States will cut the number of refugees that it will accept for 2019, to the lowest level set since the Refugee Act became law in 1980.

Secretary of State Mike Pompeo announced on Monday that up to 30,000 refugees will be resettled in the United States in 2019 under the new refugee ceiling, down from 45,000 this year.

“President Trump has once again betrayed America’s history and global leadership in providing safe haven for innocent human beings fleeing violence and persecution,” said Mark Hetfield, HIAS president and CEO. “By setting the refugee number this low, this administration is betraying the commitments we made after World War II – followed by decades of bipartisan support – to ensure that the world never again turns its back on innocent people seeking safety. During a period of unprecedented crisis, America has signaled it is a nation in retreat, and as a result the outlook for refugees looks even more bleak.”

Pompeo defended the new refugee ceiling, telling reporters on Monday that it “reflects our commitment, our commitment to protect the most vulnerable around the world while prioritizing the safety and well-being of the American people, as President Trump has directed. We must continue to responsibly vet applicants to prevent the entry of those who might do harm to our country.”

He noted that total U.S. humanitarian assistance worldwide was more than $8 billion in the previous year, which he said more than any other country.

Anti-Defamation League CEO and National Director Jonathan Greenblatt in a statement also condemned the announced refugee calling it “a moral failure and yet another attack by this administration on refugees seeking haven from unimaginable circumstances. These xenophobic immigration policies fly in the face of our values as Americans. Now many people fleeing for their lives will not find safety in this country—a country that should be a beacon of hope and freedom for all.”