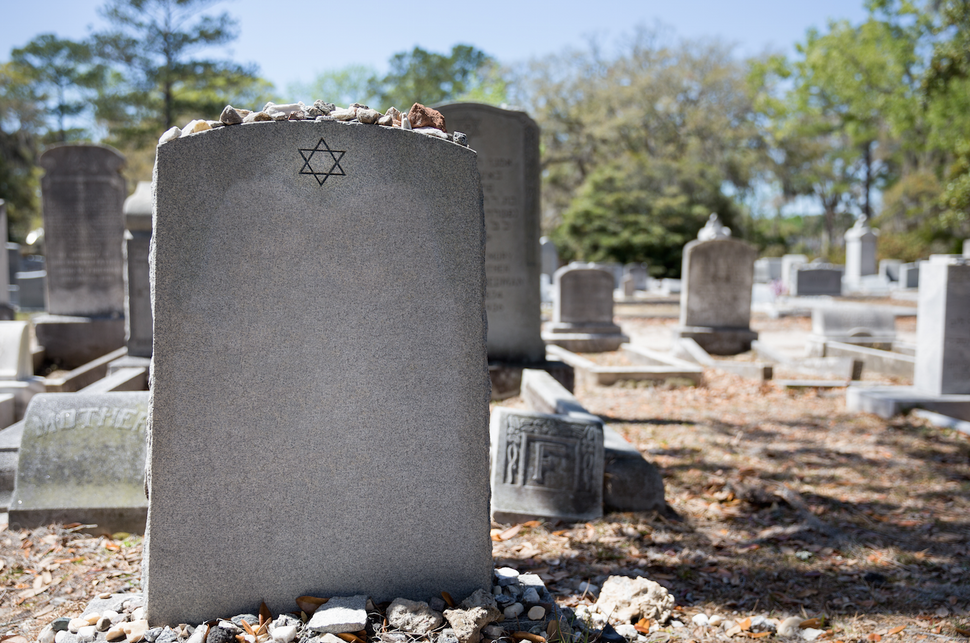 (JTA) — A homemade explosive device was found affixed to a headstone in a Jewish cemetery in New Jersey.

Police checked the rest of the cemetery for other bombs.

The homemade explosive was made up of a non-military mortar taped to a container of lubricant, the police told News 12. Investigators reportedly said that the device was not capable of exploding.

“There is no indication at this time that the device was targeted as a bias/hate crime incident, but we will be following up with our law enforcement partners at Homeland Security to advise them of the incident,” Jewish Federation of Greater Metrowest NJ CEO Dov Ben-Shimon said in a post on Facebook.