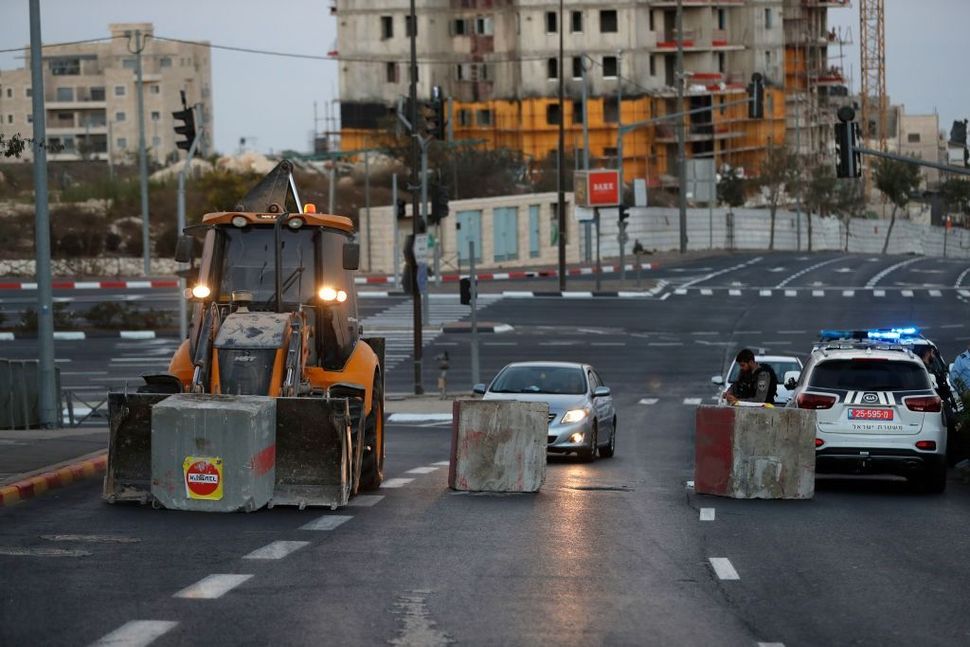 JERUSALEM (JTA) — Israel Police shot and killed a Palestinian man as he attempted to stab a Jewish man on his way to the Western Wall after the start of Yom Kippur.

The would-be stabber was charging at the Jewish victim brandishing a screwdriver about an hour after the start of the holiest day on the Jewish calendar.

He then charged at police officers stationed on the street near the Damascus Gate, one of the main entrances to the Old City of Jerusalem, who shot him.

The assailant was identified as a 26-year-old man from Qalandiya, who was illegally in Israel despite a closure on the West Bank for the holy day.

“Policemen stationed on the route used by worshippers spotted the attacker running toward a Jew, attempted to harm him and bypassers tripped him up,” police said in a statement. “Afterward, he continued to run at police officers while brandishing a sharp object in his hand at them to stab the officers. The police acted immediately and with determination and neutralized the attacker.”