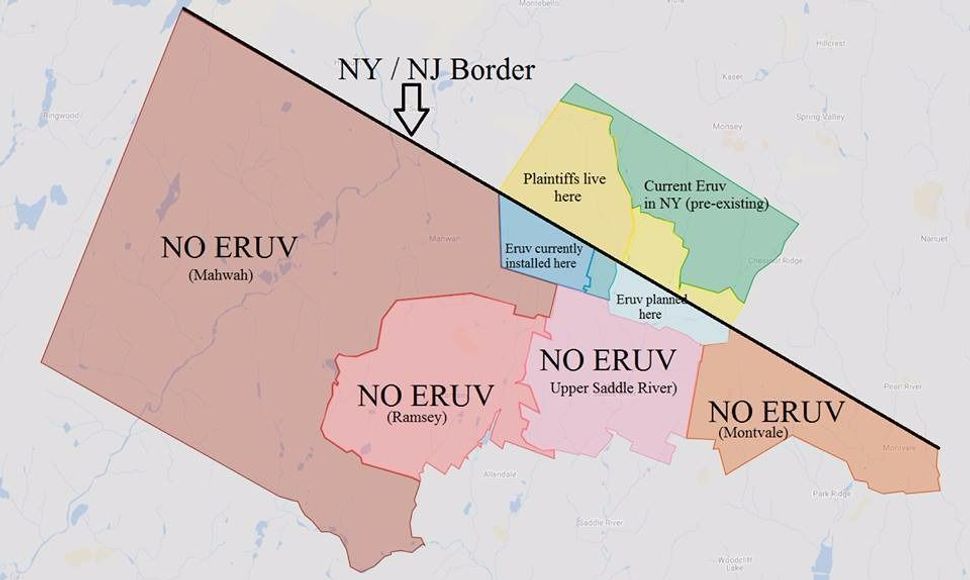 (JTA) — A New Jersey township has agreed to repeal an ordinance prohibiting the construction of an eruv, that state officials said discriminated against Orthodox Jews.

The ordinance said the affixing of PVC pipes on utility poles to demarcate the eruv violated town signage rules.

The township previously had repealed an ordinance that prohibited out-of-state residents from using its parks, which also appeared to be directed at Orthodox Jews in New York, which also had been part of the lawsuit.

The township also agreed to inform the attorney general’s office in writing about any new ordinance proposals affecting the use of parks, or signage on utility poles, for the next four years.

An eruv is a boundary of string within which observant Jews may carry objects and push strollers outside of their homes on the Sabbath.

Last summer, some Mahwah residents objected when they saw trucks in their neighborhoods installing small PVC pipes on utility poles to demarcate the eruv. The Township Council then called for the removal of the pipes, citing zoning regulations that prohibit signs on utility poles. The eruv association said it had obtained permission from the utility company to hang the eruv infrastructure.