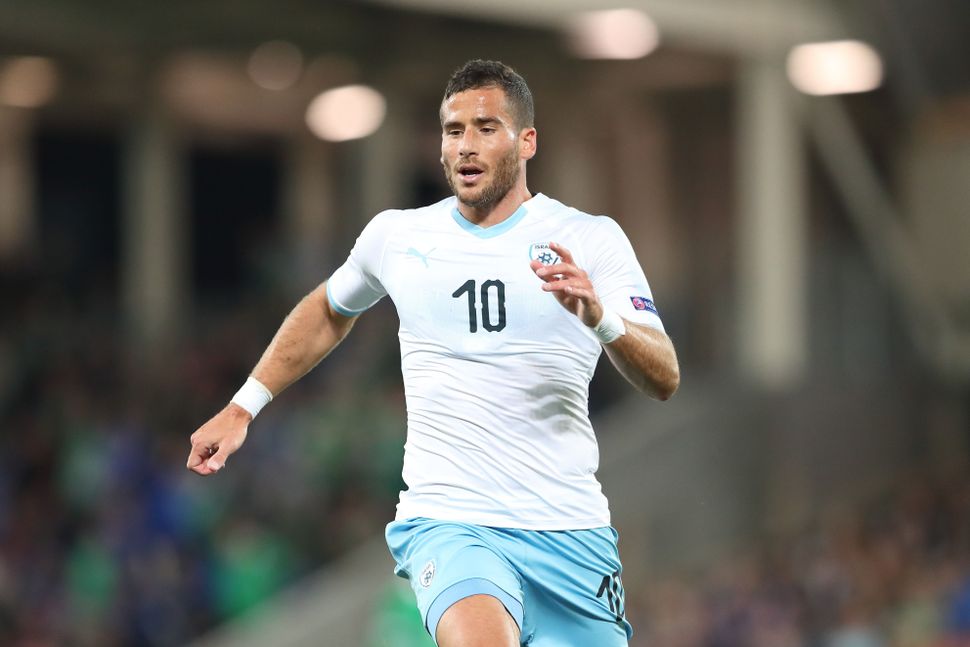 Although he fasted for 24 hours in observance of Yom Kippur, a member of the Queens Park Rangers hopped off the bench and into the soccer game as soon as the holy day ended, the Jewish Chronicle reported Thursday.

Yom Kippur, the Day of Atonement and one of the holiest days in Judaism, ended after the 7:45 p.m. kick-off on Wednesday. So Tomer Hemed, an Israeli player in the West London club, stayed put on the bench.

The plan, according to team manager Steve McClaren, was for Hemed to eat during the first half, once the holiday ended, with the potential of joining the game later as a substitute.

“We had a chat — he said it’s very difficult to start [the match],” said McClaren, who previously worked as a coaching consultant for Maccabi Tel Aviv. “It’s very unusual because Yom Kippur hardly falls on a game day, but it has this time.”

In a tweet, Times of Israel political correspondent Raoul Wootliff said that after the fast, Hemed had a drink and hit the field. He rejoined the game after 73 minutes, the Jewish Chronicle reported, and in the end, the Queens Park Rangers beat Millwall 2-0.

Amazing. Steve McClaren says Israeli player Tomer Hemed was kept on the bench at the start of QPR vs Milwall because it was Yom Kippur and he was fasting. The fast ended during the game so he had a drink and came on pic.twitter.com/52MEQ6xfo1