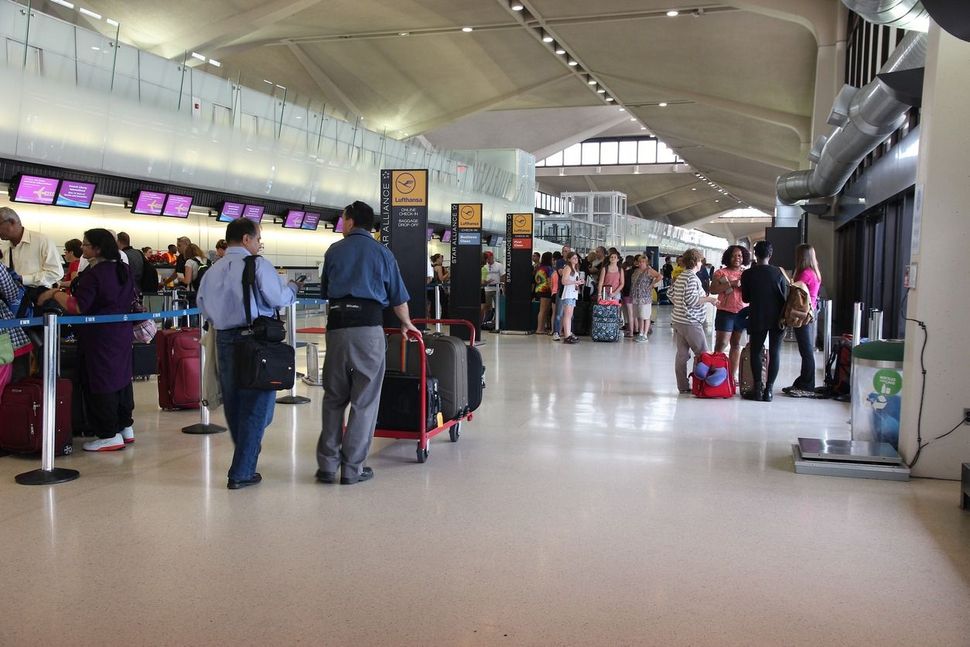 (JTA) — Charges have been dropped against an Israeli businessman who was caught carrying a realistic-looking fake homemade bomb in Newark Liberty International Airport.

Alon Feldman, 50, had been charged by the Essex County Prosecutor’s Office with “creating false public alarm” and “interference with transportation” after the incident on September 4, which led to the Transportation Security Administration closing the third level of Terminal C at the busy international airport while it confirmed that the device was not a working bomb. He was arrested after a TSA officer at the airport saw the item in his carry-on and alerted a supervisor.

Feldman is a vice president of sales for a company that designs and manufactures portable X-ray inspection systems, and had the device with him for a sales demonstration with a branch of the United States military. He was headed to Panama City, Florida, for the meeting, according to a statement issued by his attorneys Matthew E. Beck and Olajide A. Araromi.

“As we said from the outset of this matter, Alon Feldman is a legitimate businessman who committed no crime. We were confident that once the Prosecutor’s Office had time to review the facts and circumstances of the event, it would come to the same conclusion,” the statement said.

“We thank the Prosecutor’s Office for its quick investigation and dismissal of the case. Mr. Feldman has now returned home and will continue to pursue his business of helping countries, including the United States, remain safe,” it concluded.

.@TSA officer at @EWRairport spotted this realistic replica explosive device in a man’s carry-on bag this morning. Security is no joke. Man was arrested. pic.twitter.com/MxOo1igin5