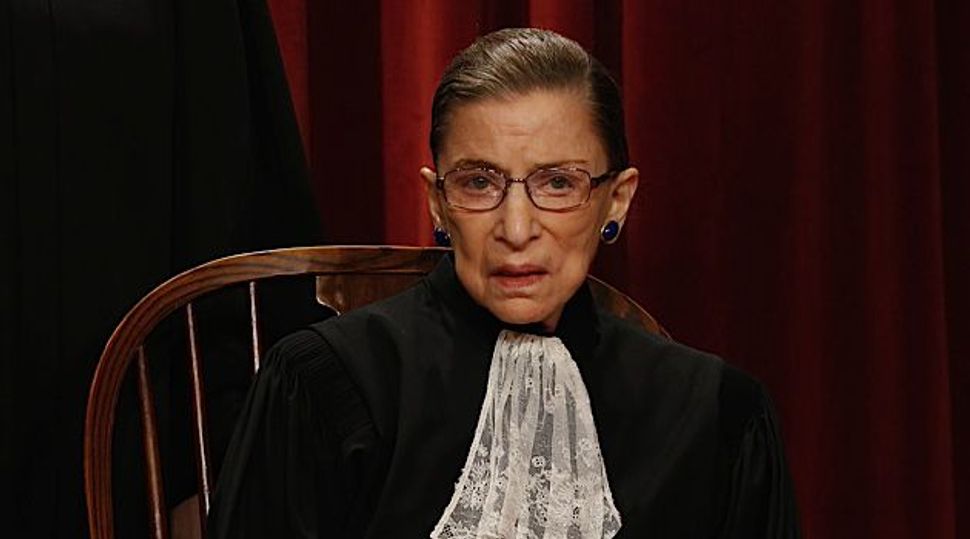 The Milwaukee County Republican Party tweeted a meme based off a joke made last week by a Republican congressman about Supreme Court Justice Ruth Bader Ginsburg being groped, RawStory reported.

The party posted on Monday a photo of Ginsburg with the caption, “Abraham Lincoln grabbed my ass in 1862.” It has since been deleted. 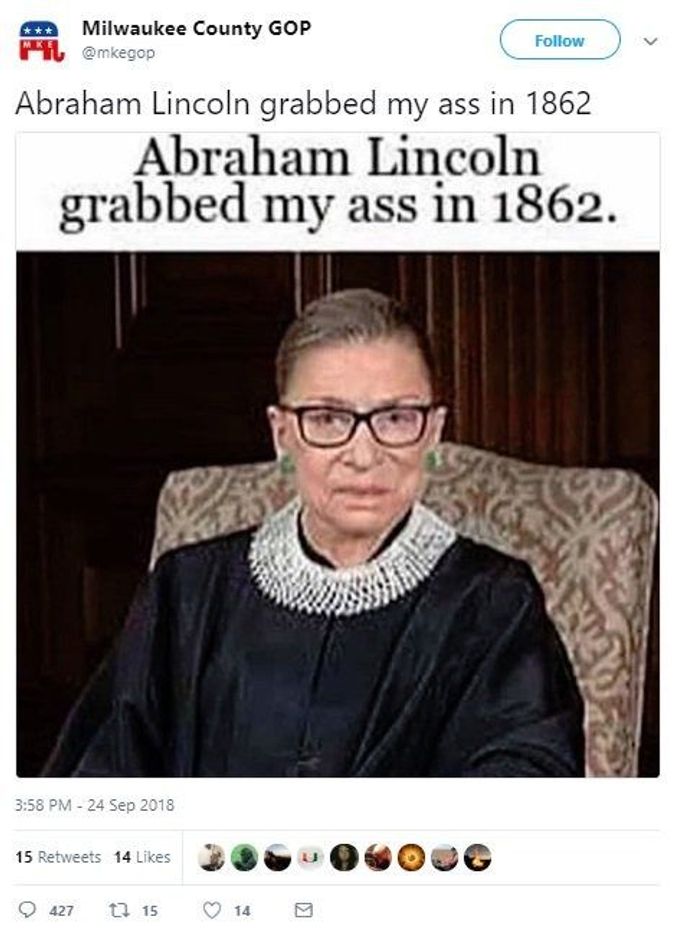 The meme is in reference to a joke made by South Carolina Rep. Ralph Norman as he opened his election debate last week. Making light of the sexual assault accusations against Supreme Court nominee Brett Kavanaugh, the Republican congressman quipped, “Did y’all hear the latest late-breaking news on the Kavanaugh hearings? Ruth Bader Ginsburg came out saying she was groped by Abraham Lincoln.”

So the GOP official position is to mock victims of sexual assault in order for political expediency? Is this just your county or state wide GOP position, or did this come down from the top @GOP ?