Trump Calls For Less Globalism, A Nod At Anti-Semitism 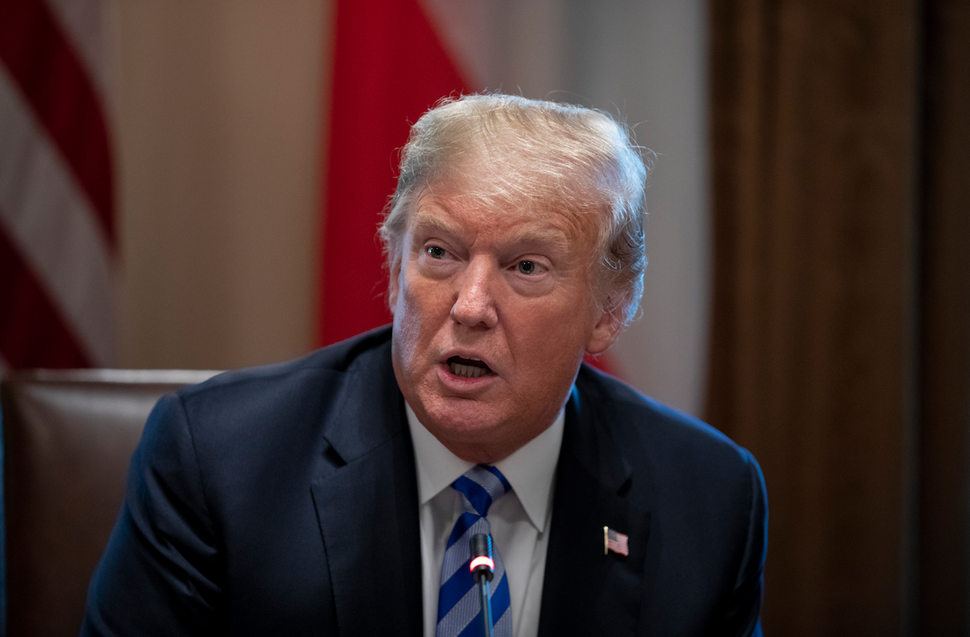 (JTA) — President Trump made the case for less globalism and more sovereignty in his address to the United Nations General Assembly.

“I honor the right of every nation in this room to pursue own customs, beliefs and traditions,” Trump said. “The United States will not tell you how to live or work or worship. We only ask that you honor our sovereign rights in return.”

Trump noted that the U.S. has made “giant strides” and helped to bring “very historic change” to the Middle East.

He said that the “ongoing tragedy in Syria is heartbreaking” and called for the UN-led peace process in the face of the country’s long-running civil war to be invigorated. He added that the United States would respond if chemical weapons are used.

Trump blamed the “corrupt dictatorship in Iran” for continuing the conflict in Syria through money and support for the government of President Bashar al-Assad.

“The United States is conducting a campaign of economic pressure to deny the regime the funds needed to advance their bloody agenda,” he added, referring to his decision to pull out of the Iran nuclear deal and reimpose sanctions on the Islamic Republic.

He briefly mentioned his administration’s decision to move the U.S. embassy to Jerusalem, saying that peace “is advanced, not harmed, by acknowledging the reality.”

Trump announced that the United States “will not be taken advantage of any longer,” and that it would only give foreign aid to countries “that respect us and, frankly, are friends.”

Trump Calls For Less Globalism, A Nod At Anti-Semitism