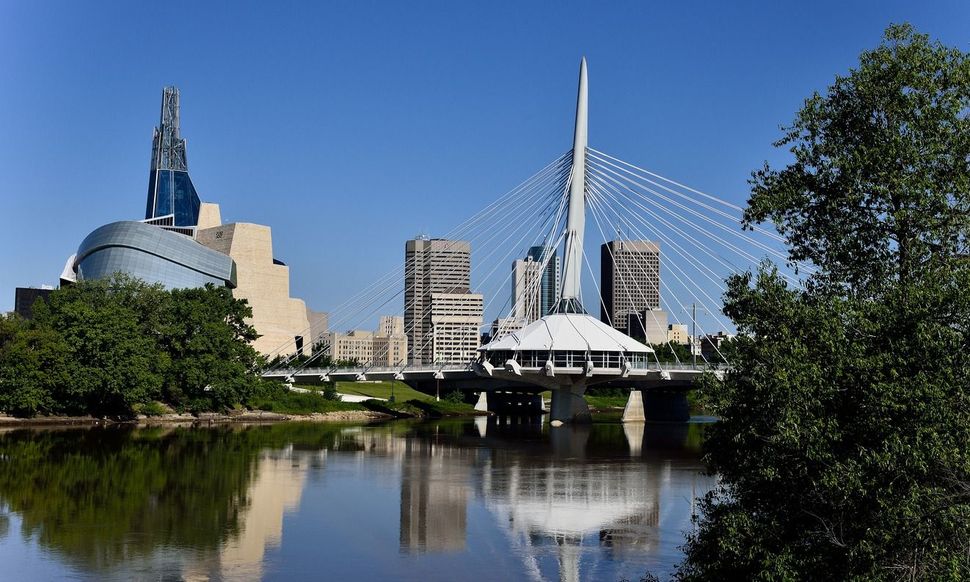 A candidate for mayor of a Canadian town who wrote racist posts on a white supremacist website in 2009 and 2010 said that his comments do not reflect his views today, calling them “disgusting” and “wrong,” CBC News reported.

Ryan Brady, who is running for mayor of Thompson, Manitoba, used to post on the notorious hate site Stormfront under the username “honoryourlife,” where he wrote about starting a “white pride” group and disparaged Indigenous, Jewish, Asian and black people. The comments were revealed by the website Anti-Racist Canada.

“I would say I didn’t believe in all of that stuff that I said on Stormfront, but I did believe in some of it, but that isn’t the person I am today,” Brady told the CBC. “If you go through my Internet history on Facebook or anything, in that 10 years of time, there’s no such racist posts at all.”

In one post from September 2009, Brady referred to Jews as “vermin” and “filthy creatures.”

Brady insisted he was only “trolling” to get people riled up. At the time, he was 19 years old and addicted to drugs. Now, he is married with children and eager to run for mayor, he told the Thompson Citizen.

“It wasn’t right of me at all,” Brady said. “I’ll readily admit that. I don’t agree with any of that but that’s what it looks like. If people actually got to know me they’d say, ‘Well, what you posted there, yeah, it’s disgusting, it’s wrong but that’s not who you are.’”

This year, more white nationalists ran for state or federal office in the U.S. than ever before, according to the Southern Poverty Law Center. Among them was Holocaust denier and Republican congressional nominee Arthur Jones, and white nationalist Senate candidate Patrick Little, who recently spewed anti-Semitic propaganda during a cross-country tour.