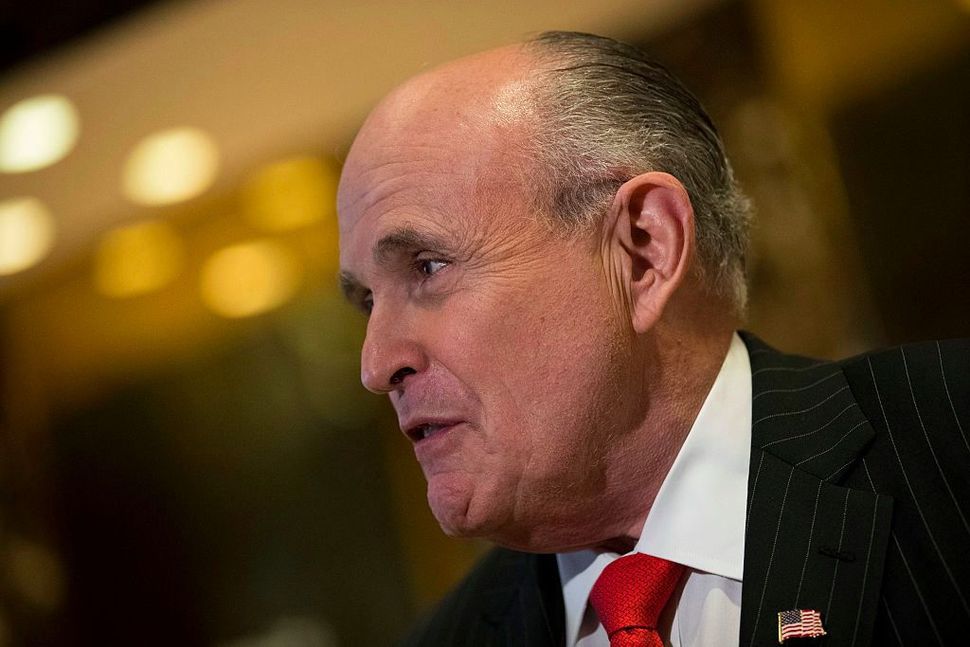 Faith Goldy, a far-right YouTube personality, is running for mayor of Toronto. She tweeted on Tuesday photos of her with the former New York City mayor with the caption: “Just like Giuliani cleaned up the streets of NYC, our tough on crime playbook is going to run illegal guns & gangs right out of Toronto!”

An honour to meet with America’s Mayor while on the campaign trail.

Just like Giuliani cleaned up the streets of NYC, our tough on crime playbook is going to run illegal guns & gangs right out of Toronto!#FaithForMayor#BlueLivesMatter pic.twitter.com/usI59ypWmD

Goldy holds ties to white supremacist groups, according to The Daily Beast, and attended the violent “Unite the Right” rally in Charlottesville as a correspondent for right-wing Canadian outlet Rebel Media. She was fired after appearing on the neo-Nazi website The Daily Stormer.

She has referred to the white nationalist “14 Words” slogan as a “simple statement of survival.” And, this year, she promoted a Romanian fascist leader’s book about eliminating “the Jewish menace.”