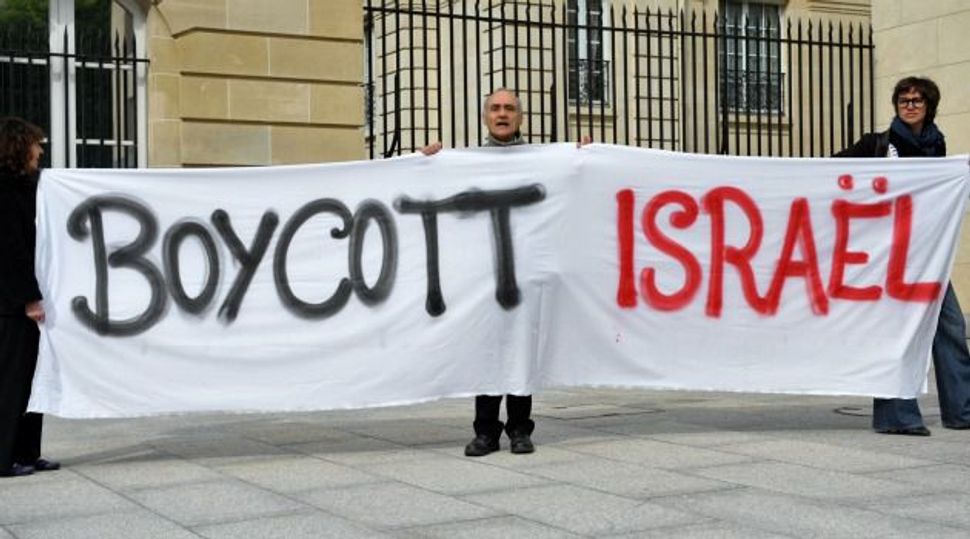 (JTA) — A federal court blocked an Arizona law requiring state contractors to certify that they will not boycott Israel, finding that the law likely violates state contractors’ free speech rights.

In Thursday’s order blocking the law, District Court Judge Diane J. Humetewa wrote: “A restriction of one’s ability to participate in collective calls to oppose Israel unquestionably burdens the protected expression of companies wishing to engage in such a boycott.”

She also said that the law interferes with First Amendment rights, the news site Tuscon.com reported.

Collective action “targeted by the [law] specifically implicates the rights of assembly and association that Americans and Arizonans use ‘to bring about political, social, and economic change,’” Humetewa added.

The law, enacted in March 2016, requires that any company that contracts with state or local government in Arizona submit a written certification that it is not currently boycotting Israel and will not do so. Earlier this year, a federal court blocked a comparable Kansas law, which the Kansas Legislature subsequently amended.

The American Civil Liberties Union filed a case challenging the Arizona law on behalf of an attorney, Mikkel Jordahl, and his one-person law office, which contracts with the government to provide legal services to incarcerated individuals. Jordahl has had a state contract to provide legal advice to inmates in Coconino County Jail for 12 years.

The ACLU does not take a position on boycotts of foreign countries, the Union said in a statement about the verdict, but the organization has long supported the right to participate in political boycotts and has voicedopposition to bills that infringe on this important First Amendment right.