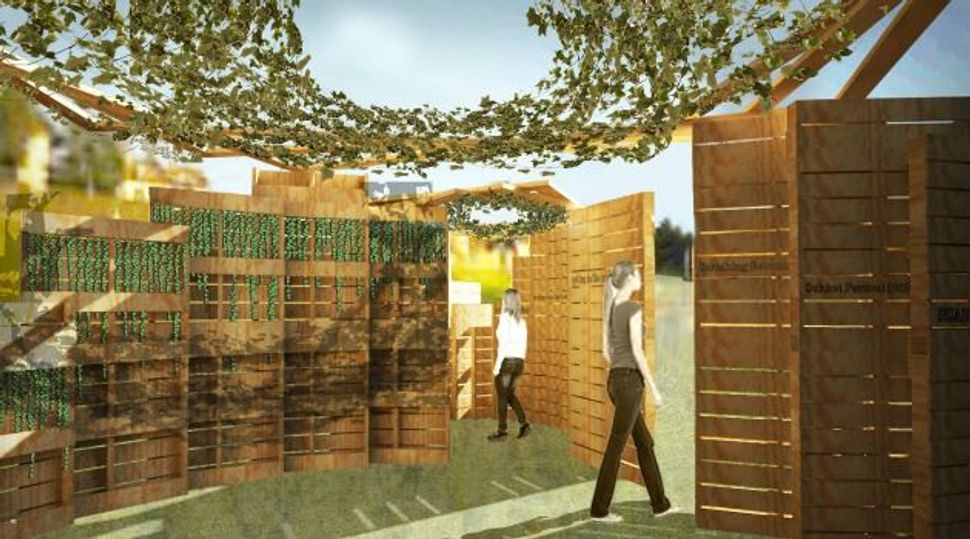 (JTA) — The Bank of England erected a sukkah in London for its Jewish workers for the first time in its centuries-long history.

The sukkah, a ceremonial hut in which Jews consume their meals for one week each year on the holiday of Sukkot, was inaugurated this week, marking the first such installation in the bank’s 324 years of existence, The Jewish Chronicle reported Friday.

Members of the bank’s maintenance team helped its Jewish Network erect the tabernacle on a first-floor balcony, which was open to the sky, at its headquarters in Threadneedle Street.

On Wednesday, Jewish Network members welcomed colleagues to a lunchtime talk about the festival’s significance led by Miriam Lorie of the Jewish Leadership Council umbrella group of local Jewish organizations.

The bank was opened in 1694, 38 years after the resettlement of Jews in England.