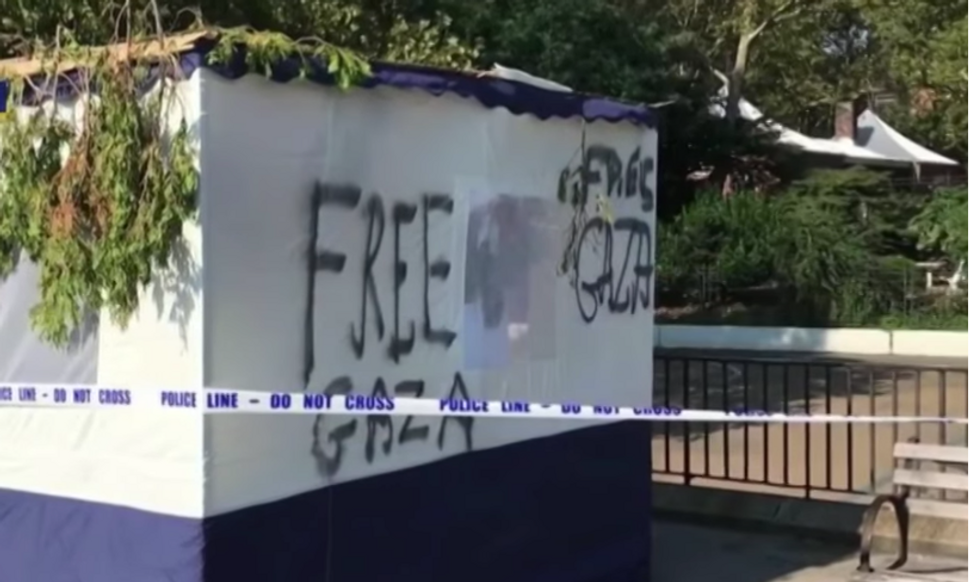 A sukkah in New York City’s Upper East Side was defaced with the words “Free Gaza,” WABC reported Monday.

The anti-Israel message was spray painted three times on the sukkah in Carl Schurz Park on Sunday morning. The hut, where meals are eaten to commemorate the holiday of Sukkot, was vandalized a day before Simchat Torah, a Jewish holiday that marks the end of the yearly cycle of Torah readings and the beginning of a new one.

“It’s a slap in the face. What does it bother you? I mean, the Jewish community is celebrating, it’s really very vicious,” Rabbi Ben Krasnianski, director of Chabad of the Upper East Side, told WABC. “There is no room for this hatred in New York City.”

The message was gone by Sunday afternoon and replaced with peaceful phrases, such as “Shalom and “Sukkah of Unity,” according to the New York Post.

The vandalism being investigated as a possible bias incident. There will be a “Demonstration of Jewish Pride” in front of the Chabad house on Monday evening, according to WABC.