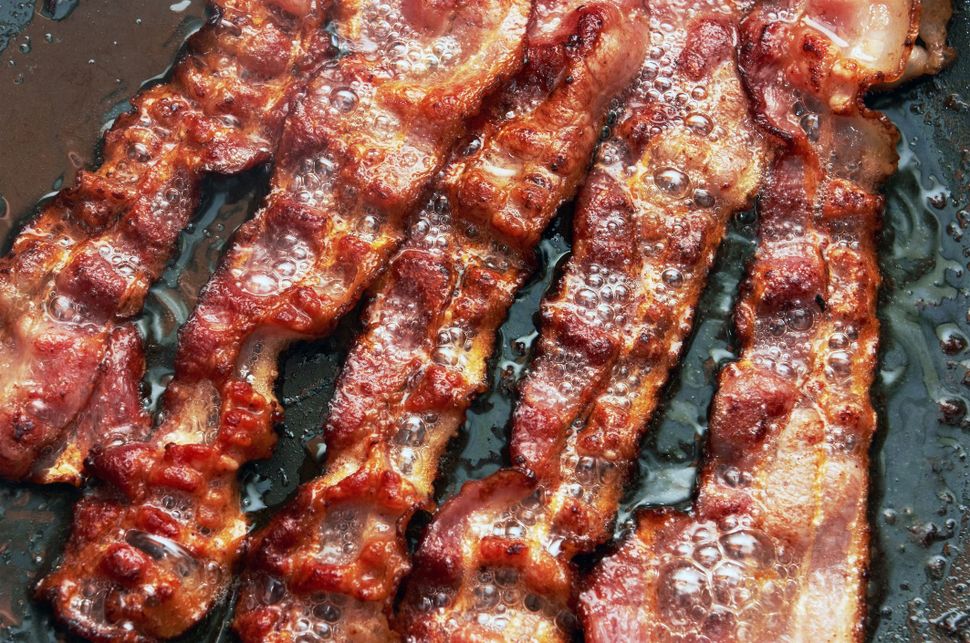 Imagine a world with kosher bacon. It may be here sooner than you think.

Rabbi Gavriel Price has the difficult task of determining how the Orthodox Union should approve “clean meat,” which is meat grown in laboratories from animal cells, the New York Times reported.

The Orthodox Union is one of the leading certifiers of kosher food. Clean meat is not yet in stores, but it could be by next year — and the start-ups leading the venture think it deserves a kosher stamp of approval.

The meat is grown in the lab from cells, incubated with heat and fed with nutrients, according to Wired. Several synthetic meat start-ups are based in Israel, the Times reported.

Price recently toured several facilities to learn more about the process. Certifying “clean meat” as kosher would be one thing — but categorizing it as different than traditional meat would allow observant Jews to eat it with dairy products, which is otherwise restricted by kosher law.

“I’d like to spend more time, because I think it’s an important process to understand in a deep way, and there’s no precedent for it really,” Rabbi Price told the Times as he was leaving a tour.