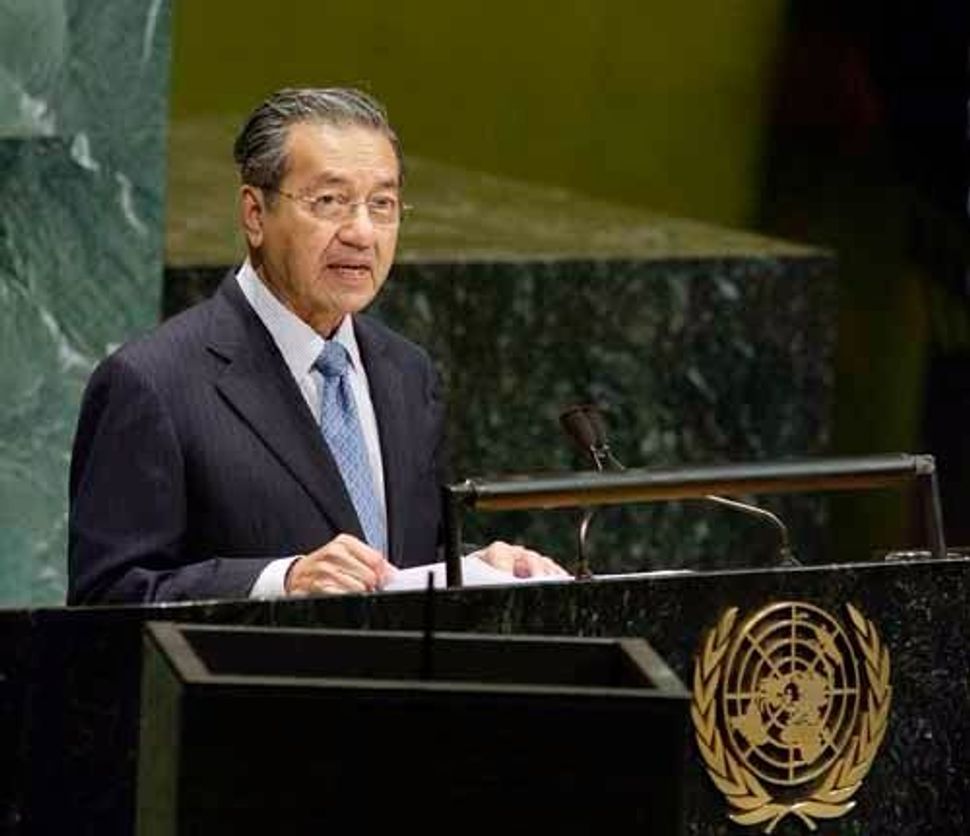 KUALA LUMPUR (Reuters) – Malaysian Prime Minister Mahathir Mohamad described Jews as “hook-nosed” on Tuesday and blamed them for creating the troubles in the Middle East.

Mahathir, who at 93 became the world’s oldest head of government after starting his second stint as prime minister in May, has for decades been accused of anti-Semitism for his attacks against Jews, whom he has accused of perpetrating a humanitarian crisis in the Palestinian territories.

“If you are going to be truthful, the problem in the Middle East began with the creation of Israel. That is the truth. But I cannot say that,” he said in an interview on BBC’s Hard Talk.

When asked why he described Jews as “hook-nosed” in his book The Malay Dilemma, he said: “They are hook-nosed. Many people called the Malays fat-nosed. We didn’t object, we didn’t go to war for that.”

The Anti-Defamation League, a U.S.-based organization against anti-Semitism, was not immediately available for comment but called out Mahathir’s “decades-long record of anti-Semitic conspiracy theories” in a tweet in May.

“The world cannot accept this from any leader,” the tweet read.