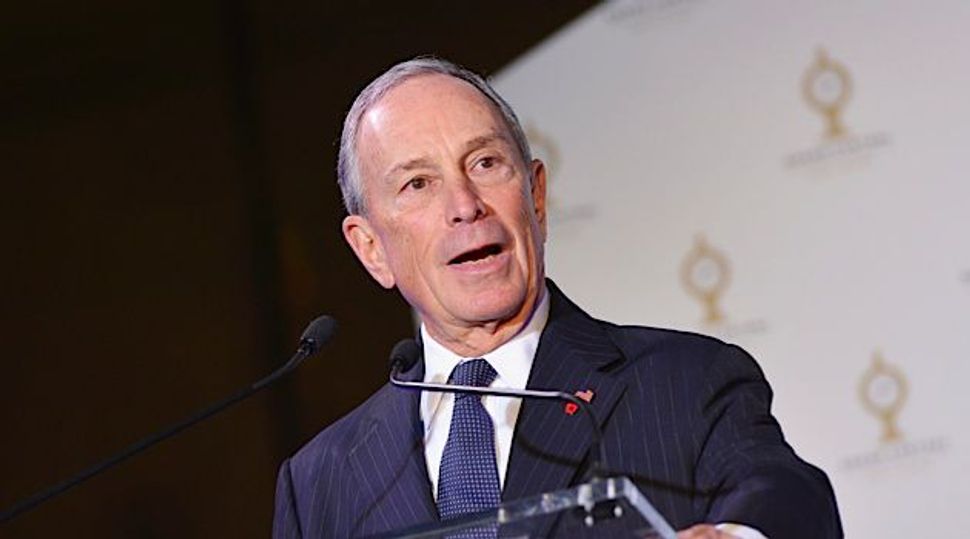 The race is on between the billionaires funding the 2018 midterm elections.

Casino mogul Sheldon Adelson and his wife, Miriam, were named last month by the New York Times as the “biggest spenders on federal elections in all of American politics,” citing publicly available campaign finance data. But this year specifically, the Jewish megadonors may be outspent.

The couple has given $55 million in the last few months in hopes of securing Republican control of the House and Senate. The Democrats, however, have former New York Mayor Michael Bloomberg’s financial support, which is heading toward $100 million.

The Jewish billionaire and potential 2020 presidential candidate met and will surpass his initial goal of $80 million — he is giving $20 million to the main Democratic Senate super PAC this week, the Washington Post reported Tuesday.

While Bloomberg’s contributions are double that of the Adelsons’, it is actually a big year for the billionaire couple as well. During the midterms of 2014, they donated only $382,000 to federal campaigns by Aug. 31, according to the Times, giving $5.5 million overall. At this time in 2016, the year of the presidential election, they donated $46.5 million.