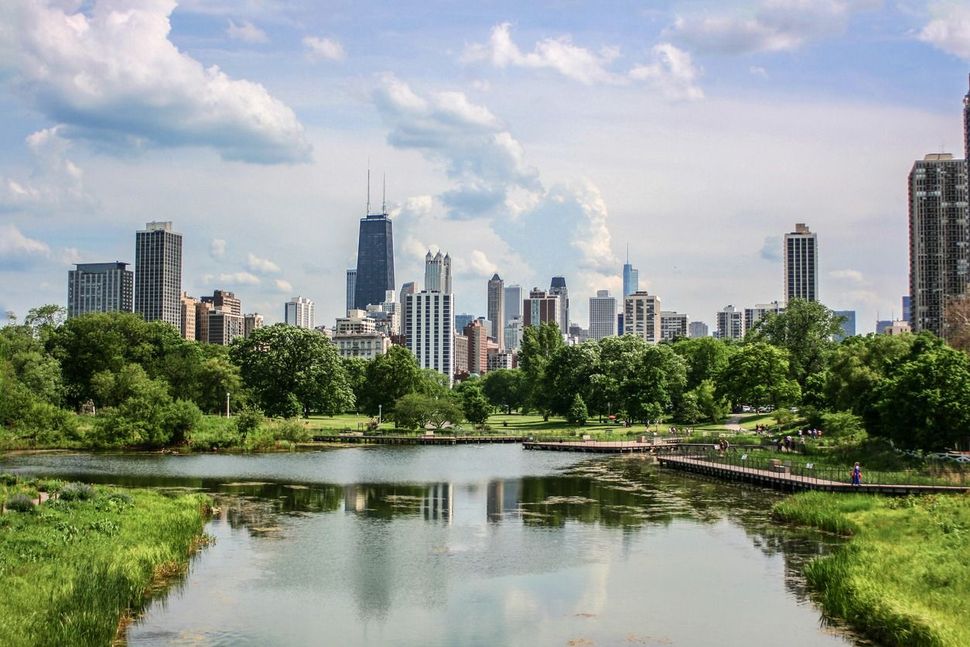 CHICAGO (JTA) — Eliyahu Moscowitz, a kosher supervisor at a supermarket, was shot dead in Chicago on Simchat Torah in what local residents fear might be a killing spree.

Moscowitz, 24, was shot once in the head and left for dead on a rainy Monday night in the West Rogers Park neighborhood, just a mile from where he grew up. Police say robbery does not appear to have been a motive.

His killing followed the murder 36 hours earlier of Douglass Watts, 73, who also was shot once in the head as he walked his dogs in the same lakefront park a little before 10 a.m. Sunday.

Chicago Police have determined that the same gun was used in both killings. They released an image of Watts’ killer dressed all in black with a black ski mask obscuring his face.

Police Superintendent Eddie Johnson said the two victims had no connection to each other and likely were chosen at random. He also said it was too early to determine if the shootings were hate crimes. Moscowitz was an Orthodox Jew and Watts was gay.

After attending high school in Chicago, Eliyahu Moscowitz spent a year studying at the Mayanot Institute for Jewish Studies in Jerusalem before returning home to work as a mashgiach, or kosher supervisor, at the Jewel supermarket in suburban Evanston, where he was a cheerful presence in the kosher section.

Because he was murdered on Simchat Torah, a day that observant Jews do not use telephones or computers, Moscowitz’s parents, Mendel and Esther, were unaware of their son’s death until hours after it occurred. His funeral is being held in Chicago on Wednesday.