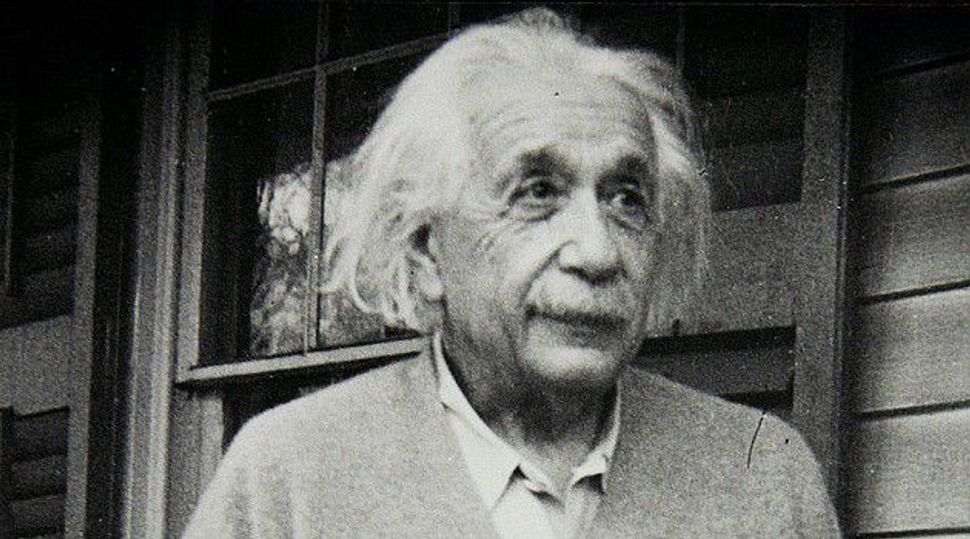 A handwritten letter in which Nobel physicist Albert Einstein took issue with the concept of religion and his own Jewish faith is expected to fetch up to $1.5 million at auction in New York.

Christie’s auctioneers said on Thursday that the so-called God Letter, written by Einstein in 1954, would be placed on public exhibit in San Francisco and New York ahead of the Dec. 4 auction.

The 1-1/2 page letter, written in German to philosopher Eric Gutkind, is regarded as a key manuscript in the debate over science and religion and is Einstein’s clearest statement of his views on the universal search for the meaning life.

The scientist and philosopher wrote the missive a year before his death in 1955 and it is being sold by a private collector.

“The word God is for me nothing but the expression and product of human weaknesses, the Bible a collection of venerable but still rather primitive legends. No interpretation, no matter how subtle, can (for me) change anything about this,” Einstein wrote.

Einstein did not exclude Judaism, saying he admired and loved his people, but that he did not believe they were chosen above others.

“For me the Jewish religion like all other religions is an incarnation of the most childish superstition,” he wrote, adding “I cannot see anything ‘chosen’ about them..”