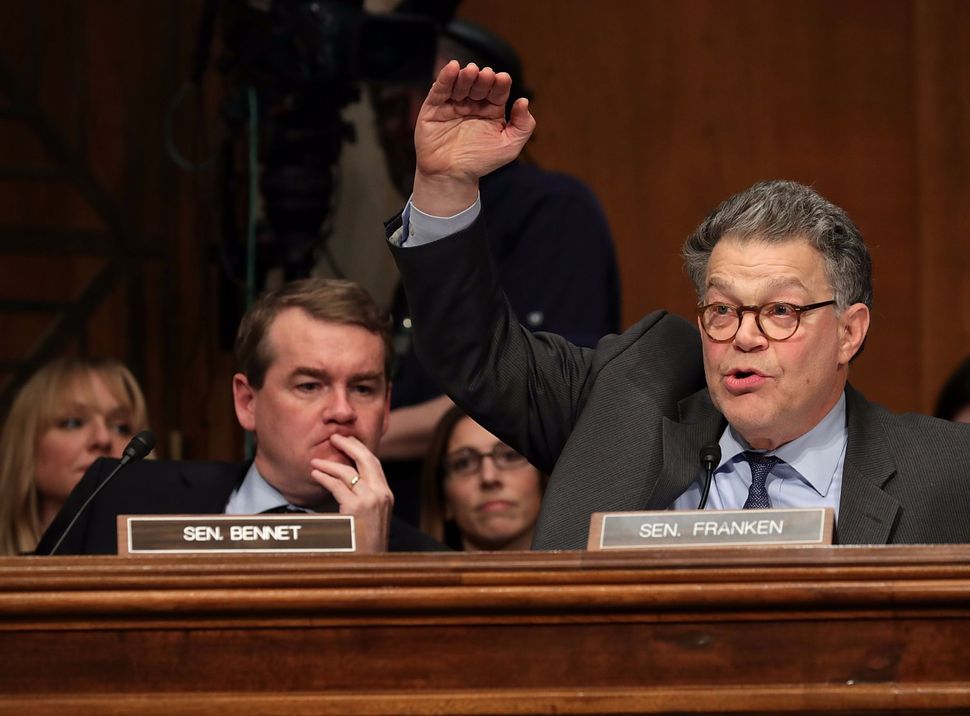 “That guy was wacky. Boy, did he fold up like a wet rag,” Trump told a rally Thursday night in Rochester, Minn. to cheers. “Man, he was gone so fast,” The New York Post quoted Trump as saying.

Franken, who is Jewish, resigned in December at the height of what became to be known as the #Metoo reckoning, in which many women, including celebrities, spoke out about alleged abuses. Several women accused the comedian of groping or forcibly kissing them.

Trump has denied the more than a dozen claims of sexual harassment against him and has stood by his Supreme Court nominee Brett Kavanaugh who has aggressively fought back against sexual misconduct allegations. Trump made fun of Franken’s choice to step down rather than defend himself from charges he groped women.

“It was like, ‘Oh he did something.’ ‘Oh, oh, oh, I resign. I quit. I quit,” Trump said, imitating the Minnesota Democrat. “Wow. He was gone and he was replaced by somebody that nobody ever heard of.”