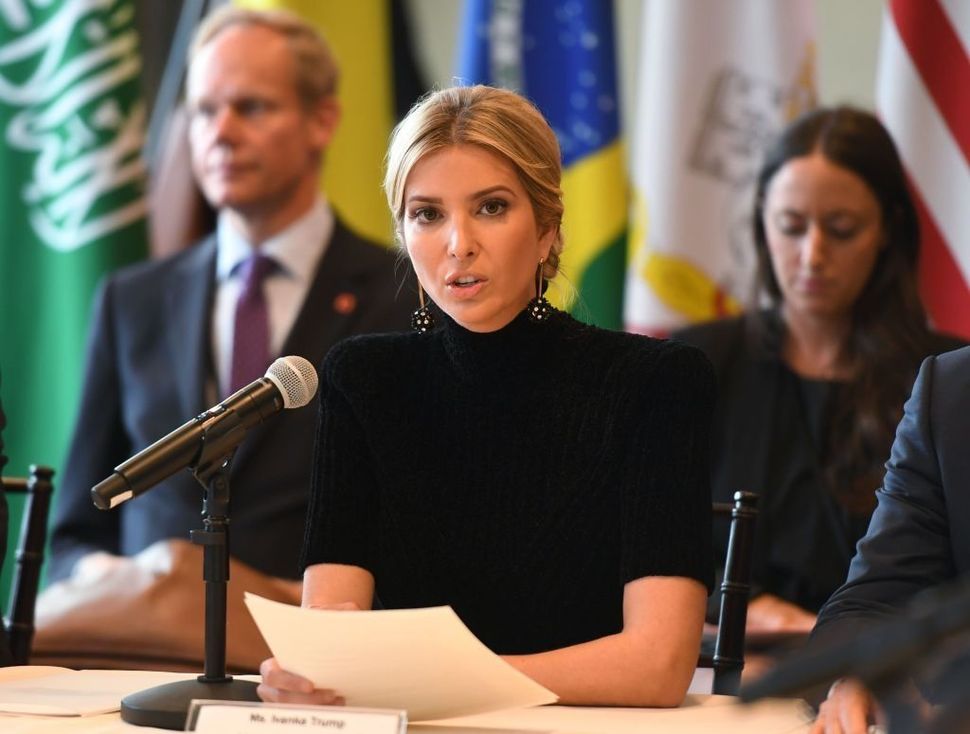 Ivanka Trump addresses the event ‘A Call to Action to End Forced Labour, Modern Slavery and Human Trafficking’ on September 19, 2017 at the United Nations in New York. Image by DON EMMERT/AFP/Getty Images

WASHINGTON (JTA) — Ivanka Trump counted herself out as ambassador to the United Nations.

“It is an honor to serve in the White House alongside so many great colleagues and I know that the President will nominate a formidable replacement for Ambassador Haley,” President Donald Trump’s daughter and top adviser said Tuesday after Trump spurred speculation that he would name her to the post after Nikki Haley announced she was leaving the job. “That replacement will not be me.”

Ivanka and her husband, Jared Kushner, who is also a top adviser to Trump, are Jewish.