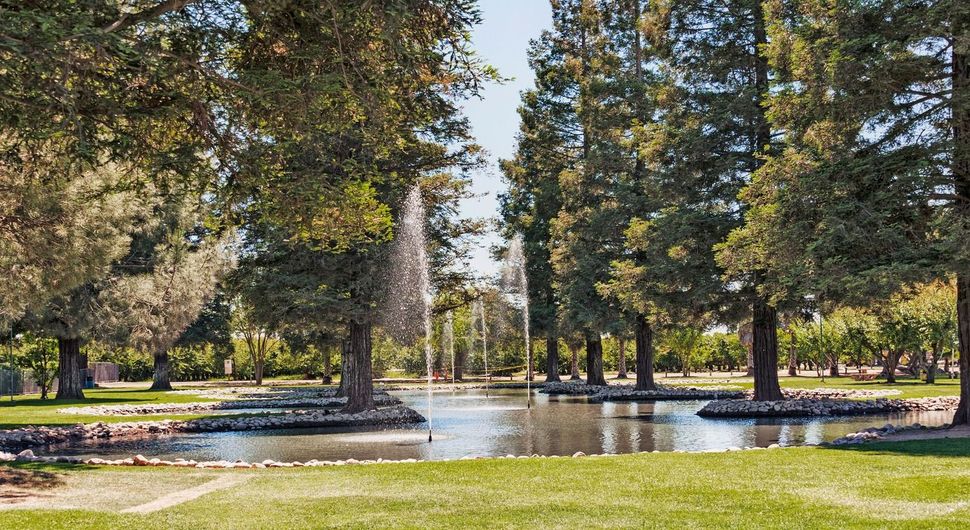 A California man faces charges of vandalism and arson after setting a small fire outside a local congregation and drawing a devil on its walkway, the Sacramento Bee reported Tuesday.

Police were alerted of a person, later identified as Brett Allen Bisnett, loitering around Congregation Beth Shalom in Modesto on Monday evening.

Bisnett, who told police he has mental health issues, had set a teddy bear on fire a few feet away from the wall, according to the Bee. He also drew what he said was a devil in black permanent marker on the concrete, telling the officers that it was God who instructed him to do it.

There is also surveillance video of him pulling plants from the ground.

Lt. Steve Stanfield told the publication it’s mostly like not a hate crime. He infers the fire was set for warmth.

As of Tuesday morning, the drawing was still visible outside the synagogue’s entrance. The plants Bisnett pulled were also found on the ground, as was the package the marker he apparently used came in.

He faces charges of vandalism to a place of worship, arson and a parole violation, the Bee reported.