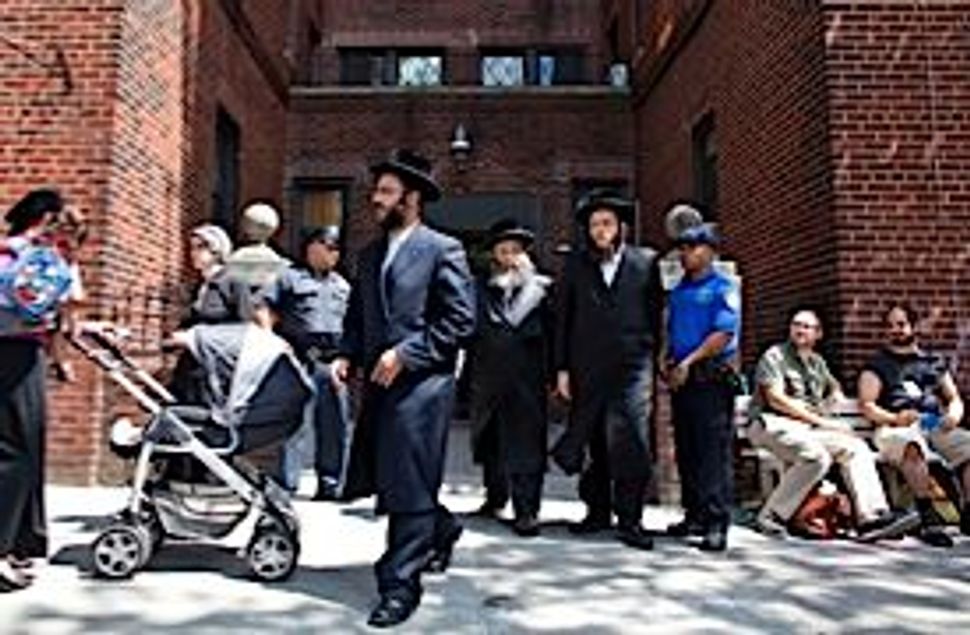 A man was been charged on Sunday with a hate crime in connection to the beating of an Orthodox Jewish man in Brooklyn, NBC New York reported.

Schwartz was walking to synagogue when Afzal stopped his car, ran toward him and started to beat him, according to the Anti-Defamation League.

Schwartz said that his attacker spoke another language, but he recognized “Allah” and “Israel,” NBC reported. He was taken to the hospital in stable condition with cuts, pain and bruises to his head.

A second Orthodox man tried to help Schwartz, according to the ADL, but Afzal allegedly chased him down the street.

The ADL put out a statement Sunday, expressing concern over the recent string of attacks on the Brooklyn Orthodox community.

“We are deeply disturbed by and unequivocally condemn this horrific attack, and thank the New York City Police Department and its Hate Crimes Task Force for taking swift action in this case and for investigating a bias motive,” said Evan Bernstein, ADL’s New York and New Jersey regional director. “Brooklyn is a community of great diversity, and incidents like these can damage the fabric of our society and fragment communities. We will continue to offer our support in responding to hate, so that New York City remains safe and inclusive for all.”

The organization found that there have been 11 anti-Semitic assaults in New York so far in 2018. Eight have been in Brooklyn.