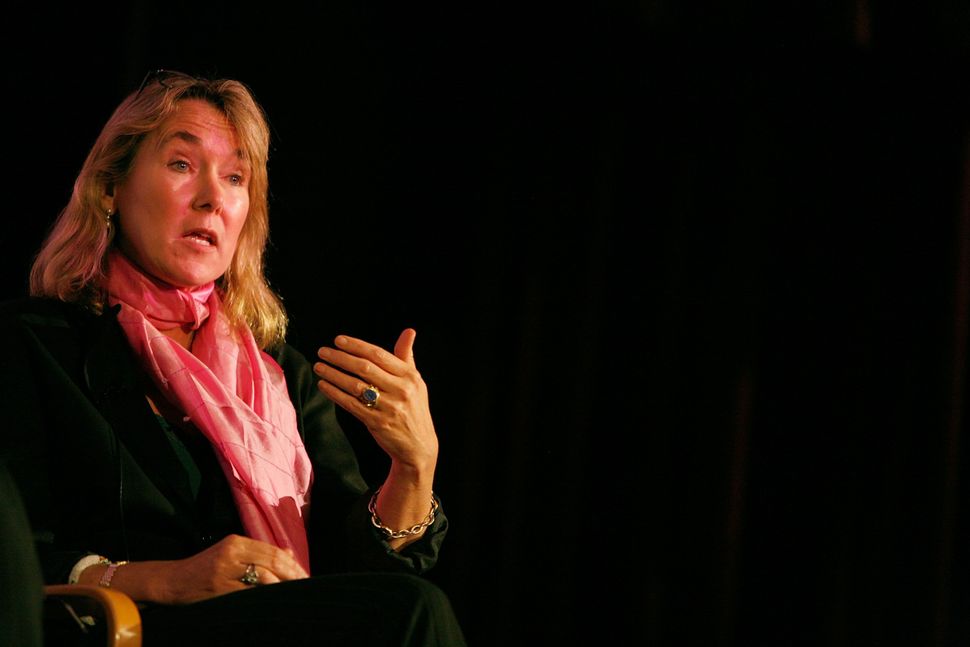 The rural district includes the city of Charlottesville, the site of a white nationalist rally one year ago. The district is likely to lean Republican, according to reports.

John Findlay, executive director of the state Republican Party, defended the ad in comments reported in The Washington Post.

“She called ICE agents the Gestapo. She insulted our veterans. She blames American foreign policy for everything that’s wrong in the world,” he said. “What more do we need — a tape of her saying she hates apple pie?”

Cockburn and her husband, Andrew Cockburn, co-wrote a book published in 1991 titled “Dangerous Liaison” that was highly critical of the U.S.-Israel alliance.

The Republican Jewish Coalition also launched a $300,000 ad campaign on television and social media this week emphasizing that Cockburn had dinner with Saddam Hussein’s sons and tea with the late Libyan strongman Moammar Ghadafi while a journalist for Vanity Fair more than two decades ago. It said the book co-written with her husband was called “Israel-bashing” in a review in The New York Times.