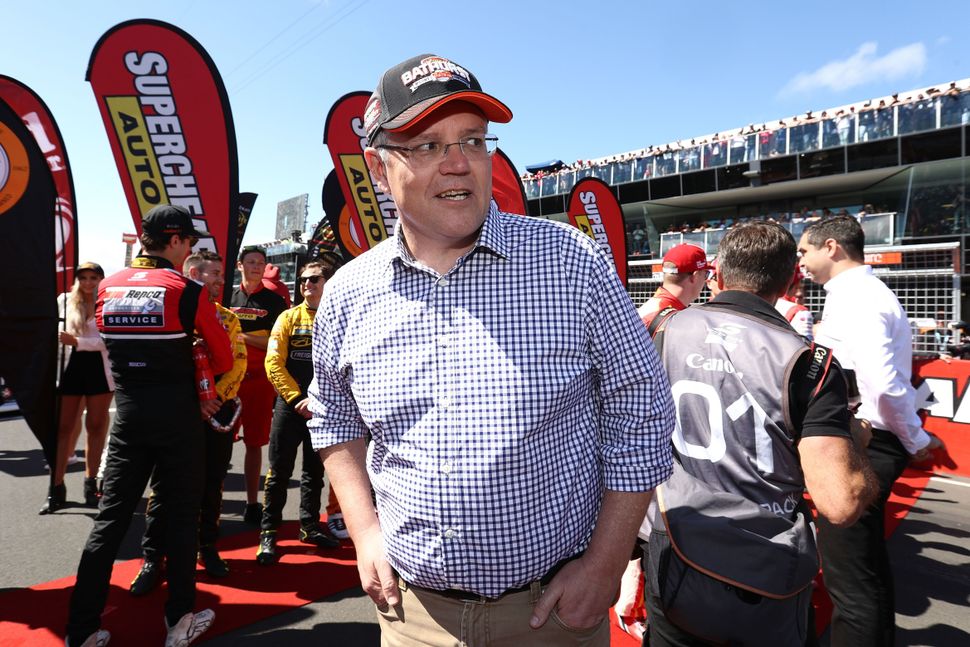 (JTA) — Australia’s prime minister is considering officially recognizing Jerusalem as the capital of Israel and moving the Australian embassy there.

Israeli Prime Minister Benjamin Netanyahu said in a statement issued on Monday night in Israel that he had thanked Scott Morrison for his remarks during a phone call.

Morrison also was set to announce that he will reconsider Australia’s support of the Iran nuclear deal and have his country’s United Nations ambassador vote against Palestine becoming the chair of the G77 group of developing nations, the Sydney Morning Herald reported.

Morrison credited former ambassador to Israel, Dave Sharma, as influencing his thinking on the issue of Jerusalem. Sharma is running in a special election on Saturday to fill the Australian House of Representatives seat of Wentworth, left vacant following the resignation of former Prime Minister and incumbent Liberal lawmaker Malcolm Turnbull. Wentworth is home to a significant-sized Jewish community and a Sharma loss in the election means Morrison would lose his one-seat majority in Parliament, leading critics to accuse Morrison of playing politics with the country’s foreign policy.

Morrison, who took office in August, said that by moving the embassy to Jerusalem “we could potentially, should we end up going down that path, be able to advance the two-state solution process. The other one hasn’t been working that well,” the newspaper reported.

On the subject of a government review of the Iran nuclear deal, Morrison said: “These are obviously existential questions for countries like Israel and so I want to be satisfied – it’s been three years now and I think it’s timely to look at those issues and review our position and do that in a fairly systematic way.”