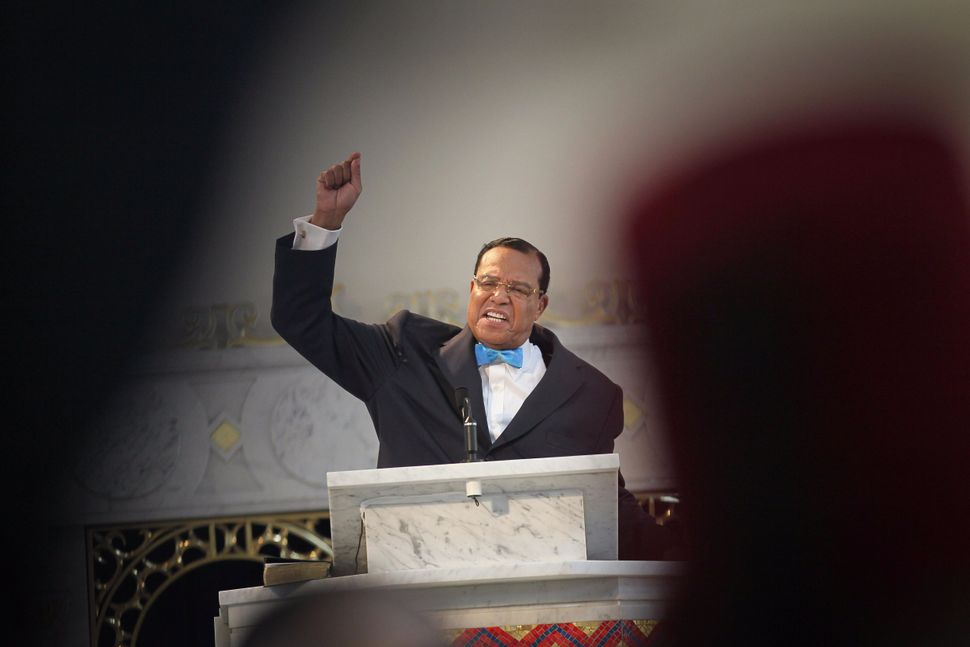 Louis Farrakhan receiving a standing ovation during a press conference in Chicago in 2011. Image by Getty

“The video was taken down because it violates our hate speech policies,” a Facebook representative told The Wrap.

In response to critics calling him an anti-Semite, Farrakhan, a leader of the Nation of Islam, said he is “anti-termite.”

“So when they talk about Farrakhan, call me a hater, call me anti-Semite. Stop it. I’m anti-termite,” he said in the video, which was taken at a major NOI convention in Detroit over the weekend.

Facebook identifies a Tier 1 violation as “violent” and “dehumanizing speech,” as well as an attack comparing a person or group of people to “animals that are culturally perceived as intellectually or physically inferior,” according to TheWrap.

Meanwhile, Twitter has not removed the video. The social media service un-verified Farrakhan in June after he posted a video clip titled “Thoroughly and completely unmasking the Satanic Jew and the Synagogue of Satan.” That video is still available on Twitter as well.