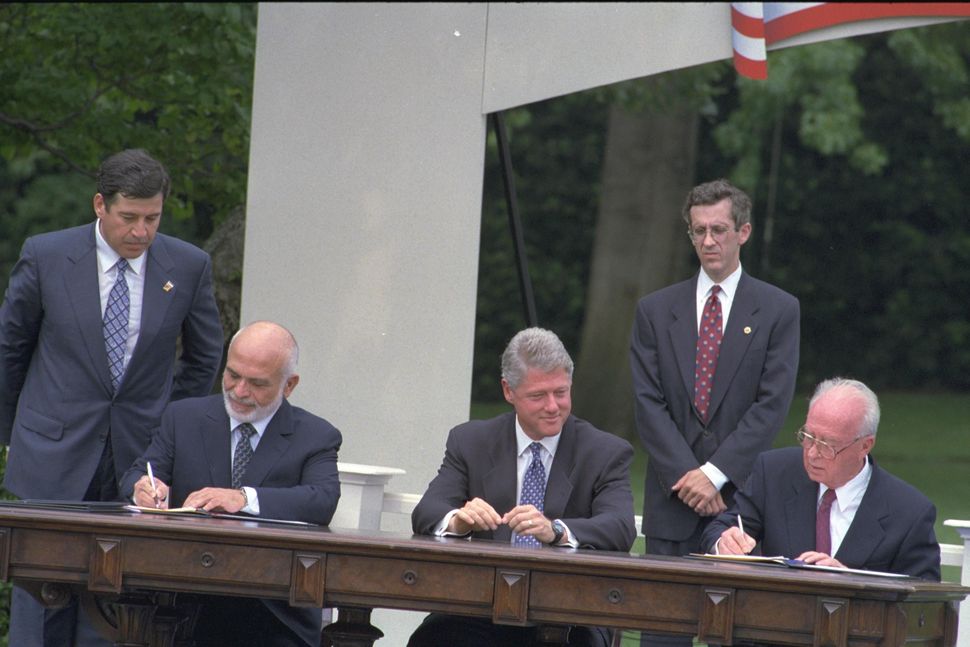 JERUSALEM (JTA) — Jordan’s King Abdullah told Israel he has decided to not renew parts of their 1994 peace treaty.

Abdullah said Sunday he would not renew two of the treaty’s annexes, that allowed Israel to lease two border areas from the Jordanians. Israel’s 25-year lease on the areas – Baqura and Ghamr – is up next year.

“Baqoura and Ghumar have always been our top priority & our decision is to terminate the Baqoura and Ghumar annexes from the peace treaty out of our keenness to take all decisions that would serve Jordan and Jordanians,” Abdullah tweeted.

The deadline for renewing the annexes is later this week.

Prime Minister Benjamin Netanyahu said on Sunday that Israel intends to negotiate with Jordan over extending the lease.

On Friday, protesters in Amman called on the king to cancel the lease and reclaim sovereignty over the territories; others called on Jordan to cancel the entire peace treaty with Israel.