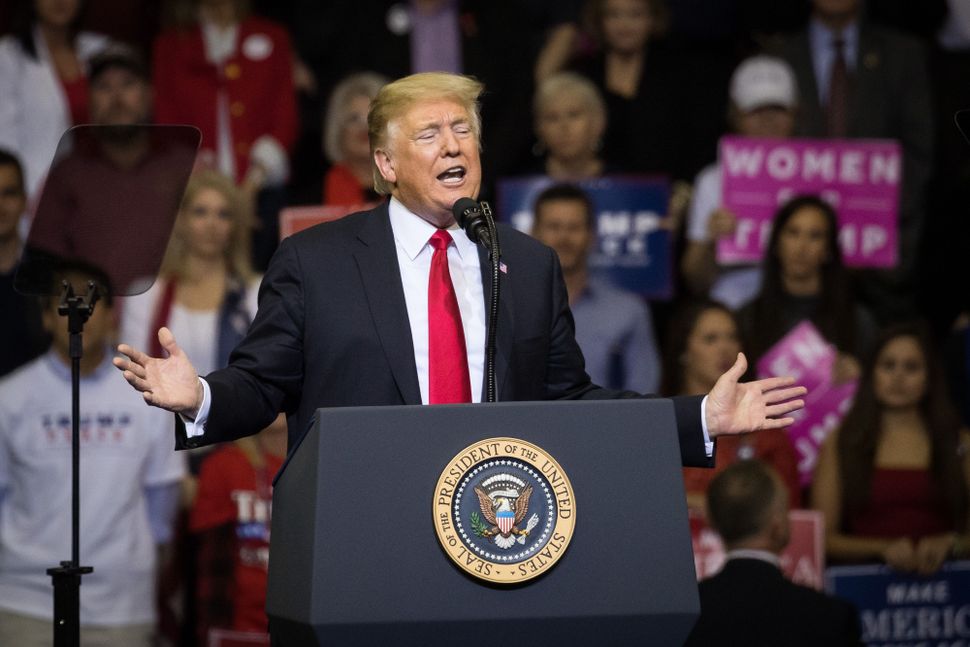 President Trump officially called himself a nationalist at a rally in Houston on Monday, CNN reported.

“A globalist is a person that wants the globe to do well, frankly not caring about the country so much. You know, we can’t have that,” Trump said.

He continued: “You know what I am, I’m a nationalist. Use that word.”

The crowd started chanting, “USA! USA!” according to CNN.

It was the first time he outright identified with the nationalist movement, according to CNN, although his policies and rhetoric have long been in line with it. He fell just short of labeling himself at the United Nations General Assembly last month, when he called for less “globalism” and more sovereignty.

“Globalism” has a history of serving as a dog whistle for anti-Semitic, racist and antigovernment conspiracy theorists, according to the New York Times. Its roots date back to the Nazi era, The Atlantic reported. But it has now become an attack on those who believe in getting involved in foreign affairs.

“Where the term originates from is a reference to Jewish people who are seen as having allegiances not to their countries of origin like the United States, but to some global conspiracy,” the Anti-Defamation League’s Jonathan Greenblatt told The Atlantic.