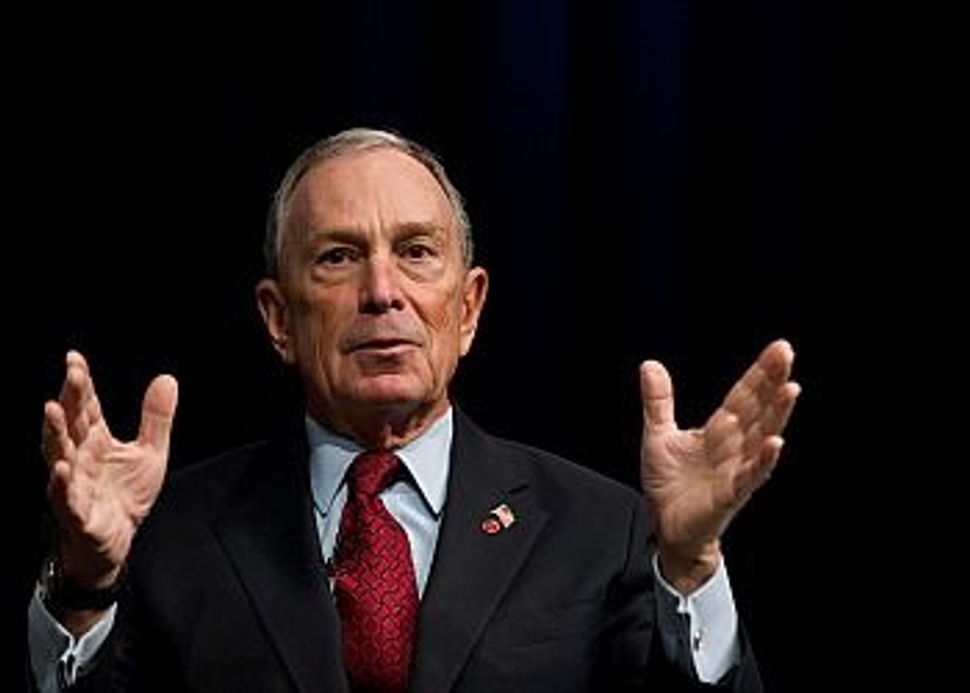 The midterm elections are looming, and former New York Mayor Michael Bloomberg seems to be feeling the pressure — his last-minute donations will exceed $100 million, Axios reported.

Bloomberg, who is hoping to ensure Democrats get control of the House, is focusing on additional GOP-held seats, a Democratic source told Axios.

“We see more opportunity to make a difference/impact,” a Democratic source told the site.

The Jewish billionaire is looking to be the Democrats’ biggest outside spender. His original goal was to spend $80 million, according to Fortune, but he surpassed that last month. He gave $20 million to the main Democratic Senate super PAC, the Washington Post reported, and spent $80 million on House and governors’s races.

His friends say he is planning to be a 2020 Democratic presidential candidate, according to Axios.