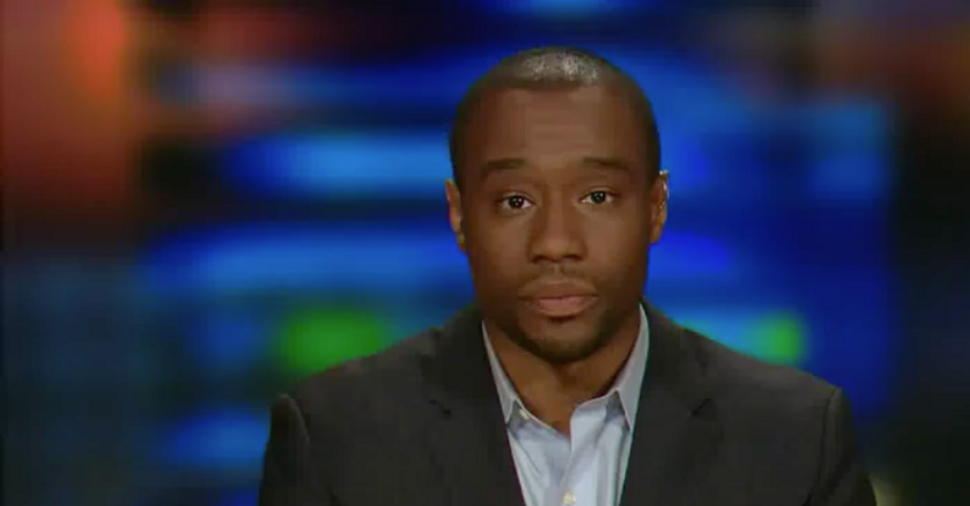 A major Jewish organization is calling for the firing of CNN contributor and Temple University professor Marc Lamont Hill after it emerged that he had ties to Nation of Islam leader Louis Farrakhan, who has been criticized for his anti-Semitism for decades.

The ties first came to light after the entertainment website The Wrap reported on Friday that a photograph of Hill and Farrakhan smiling together was featured on a website promoting the minister’s album, which also features Stevie Wonder, Common and Snoop Dogg.

Hill told The Wrap that the image was taken at an album listening party in 2016. He said that he didn’t approve of his image being used to promote the album. But he added that while he condemned Farrakhan’s most recent anti-Semitic statement, in which the leader compared Jews to termites, Hill didn’t regret meeting with him in the first place.

In response, Zionist Organization of America president Morton Klein called on Wednesday for Hill’s firing from the university and cable channel. Klein pointed out that Hill had written on Instagram after his Farrakhan meeting that he had had “An amazing time of learning, listening, laughing, and even head nodding to music.”

“Can you imagine the reaction if someone insisted on ‘amazing’ ‘learning, listening, and laughing’ etc. with David Duke?” Klein wrote. “Such an individual would immediately be fired from every respectable media station and university in the country. Shouldn’t someone who praises and insists upon learning from, listening to, and laughing together with hate-mongering Louis Farrakhan be treated similarly?”

Klein pointed out that Hill has expressed support for the boycott, divestment and sanctions movement against Israel and once tweeted that President Trump’s call for Palestinians to reject terrorism was “offensive & counterproductive.”