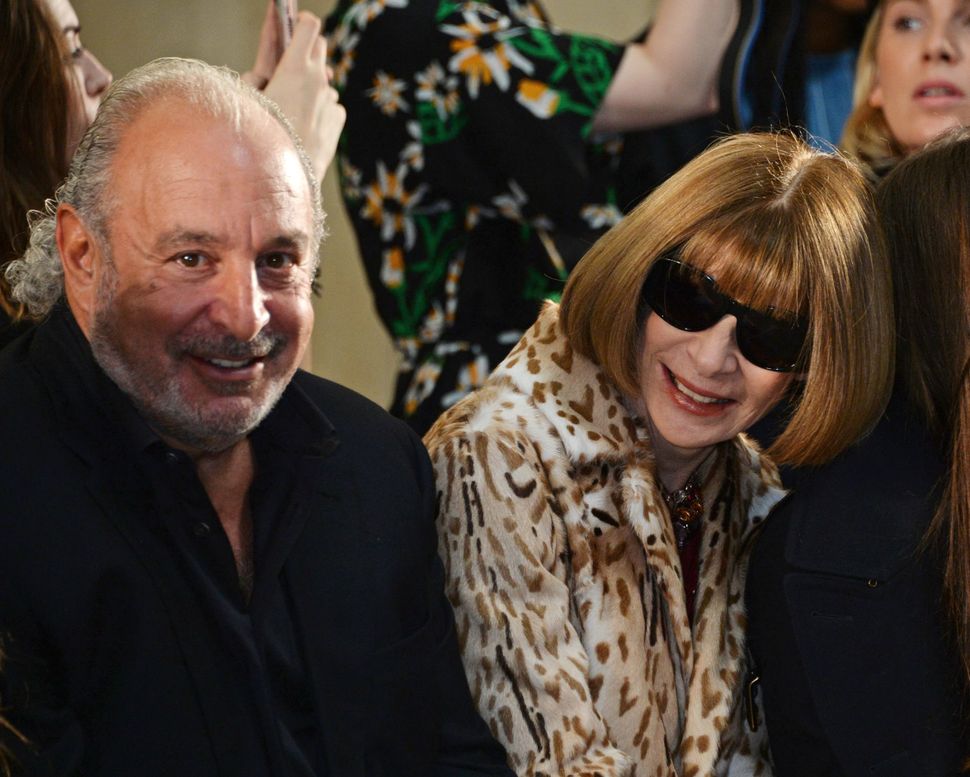 (JTA) — Philip Green, a British fashion mogul, is accused of sexually harassing and at times abusing in a racist manner at least five of his employees and then buying their silence, a lawmaker said.

The accusations surfaced Thursday in the British House of Lords, the upper chamber of the British parliament. A member of that body, Peter Hain, named Green after the Daily Telegraph newspaper was prevented from doing so by a court order obtained by Green, CNN reported.

In a statement issued after Hain spoke, Green said, “To the extent that it is suggested that I have been guilty of unlawful sexual or racist behavior, I categorically and wholly deny these allegations.”

The precise details of the allegations against Green, whose Arcadia Group owns fashion chain Topshop and other brands, are still under wraps, the Telegraph reported. His accusers signed non-disclosure agreements that compromise legal actions on their part against Green over their grievances, according to The Independent.

A London Court of Appeal issued the publication prohibition this week, citing the alleged victims’ non-disclosure agreements as part of settlement packages in which they received substantial payments.

The injunction prevented the media from naming Green, but lawmakers’ words in Parliament are immune from legal action under an exemption known as parliamentary privilege.

Hain said he had been “contacted by somebody intimately involved in the case.”

“I feel it’s my duty under parliamentary privilege to name Philip Green as the individual in question, given that the media have been subject to an injunction preventing publication of the full details of a story which is clearly in the public interest,” he said.