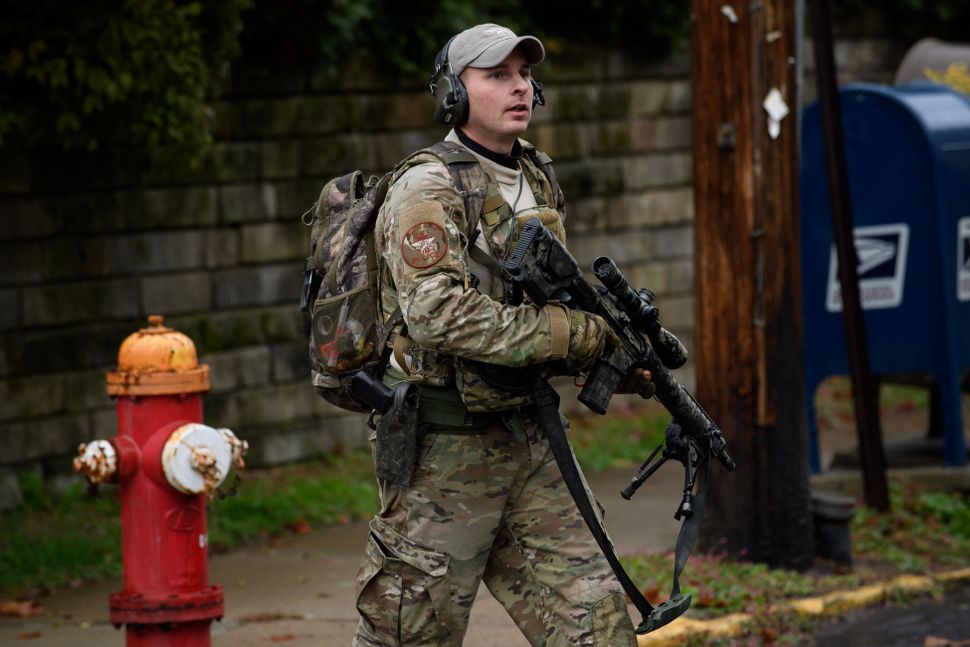 The suspect in the synagogue massacre in Pittsburgh on Saturday was obsessed with the Jewish refugee aid group HIAS, according to posts on a social media account that he appears to have operated.

Robert Bowers’ account, which has since been deleted by the social networking site Gab, included posts that accused HIAS of “bring[ing] in hostile invaders to dwell among us.”

Hours before the massacre at the synagogue, the man wrote: “HIAS likes to bring invaders in that kill our people. I can’t sit by and watch my people get slaughtered. Screw your optics, I’m going in.”

HIAS, founded in 1881 to help Jewish emigres from Russia, now works on refugee resettlement in the U.S. and around the world. It has been critical of the Trump administration, criticizing various policies that impact refugees and immigrants.

“There are no words to express how devastated we are by the events in Pittsburgh this morning,” HIAS said in a statement. “This loss is our loss… As we try to process this horrifying tragedy, we pray that the American Jewish community and the country can find healing.”

The social network Gab announced that it had taken Bowers’s account offline, though some of its contents were preserved by Twitter users.

In addition to multiple posts attacking HIAS, the Bowers account wrote that there is “no #MAGA as long as there is a kike infestation.” Elsewhere, he referred to a “Jew problem,” and said that President Trump is a “globalist, not a nationalist.”

An archive of Bowers’ Gab posts since he joined the site in January showed an angry, anti-Semitic man who shared messages such as: “Daily Reminder: Diversity means chasing down the last white person.”

About a month ago he posted pictures showing what appeared to the results of his target practice at a shooting range, and a collection of three handguns that he called his “glock family.”

Police said the suspect had three handguns and an assault-style rife at the shooting. It’s unclear whether they were the same handguns as the ones in the photo.

Bowers, who is a registered voter with “no affiliation” in Allegheny County, Pennsylvania, took aim in one post at Trump, accusing him of being a “globalist” who did nothing to stop the “infestation” of the United States by Jews.

“For the record, I did not vote for him nor have I owned, worn or even touched a (Make America Great Again) hat,” he wrote.