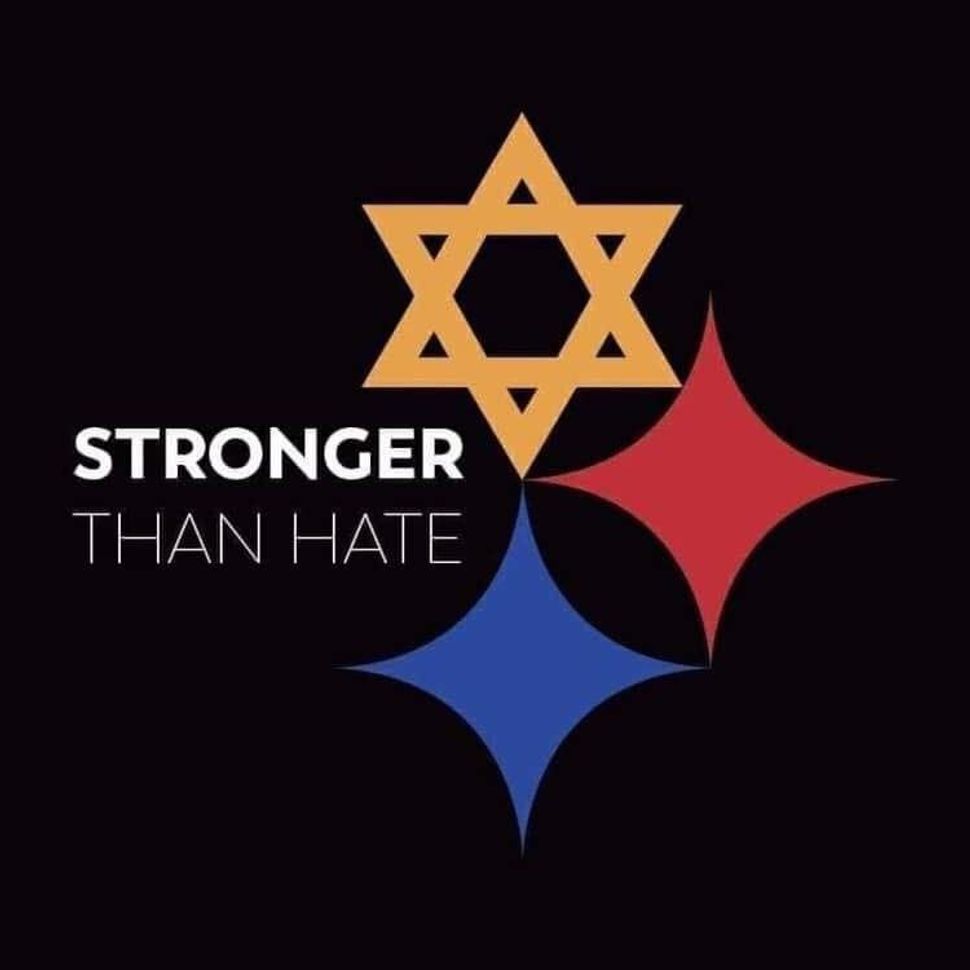 The Pittsburgh Steelers held a moment of silence before their game Sunday in honor of the 11 murdered in the shooting at a local synagogue.

Minutes before kickoff against the Cleveland Browns, the team reminded fans in a tweet. The men in orange and black went on to win 33-14.

Prior to kickoff at @heinzfield, we observe a moment of silence for the victims and their families following the tragedy at the Tree of Life Synagogue in Squirrel Hill yesterday.

The moment wasn’t broadcast on TV, however, prompting some criticism.

Disappointed… In the epicenter, why wouldn’t @CBSSports carry the moment of silence in recognition of the victims yesterday before start of the @steelers game??

You should have brodcasted that moment. WE ARE Pittsburgh STRONG…

On Saturday, the day of the shooting, the team’s iconic logo was turned into a symbol of solidarity with Jews. The graphic, edited with a Jewish Star, was placed next to the words, “Stronger Than Hate.”

Fans tweeted out their support.

My beloved @Steelers posted this today. The #Rooneys are royalty in #Pittsburgh and deservedly so. https://t.co/055cAWqmyj