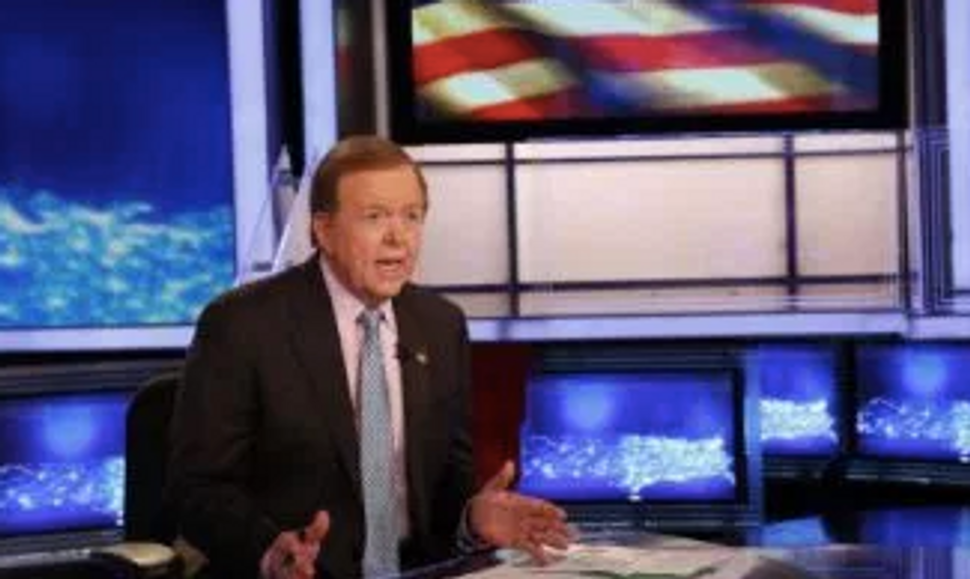 (JTA) — Fox Business Network announced that it is pulling a recent broadcast of “Lou Dobbs Tonight” featuring a guest commenting on the “Soros-occupied State Department.”

“We condemn the rhetoric by the guest on Lou Dobbs Tonight,” said Gary Schreier, the network’s senior vice president of programming, in a statement. “This episode was a repeat which has now been pulled from all future airings.”

The episode in question originally aired on Thursday Oct. 25, and featured Chris Farrell, a director of the conservative group Judicial Watch. In an interview with Dobbs, Farrell claimed that the highly publicized caravan of migrants traveling through South America was being illegally organized by leftist groups who are receiving money from the “Soros-occupied State Department.”

Farrell made the comments, and the Fox Business Network aired them, three days after an explosive device was found in the mailbox outside of the New York home of Jewish billionaire George Soros, a favorite target for activists and politicians on the right for his deep spending on liberal and pro-democracy causes

Criticism of the “Lou Dobbs Tonight” episode erupted on social media after it was rebroadcast Saturday night, the same day as the shootings at the Tree of Life Congregation in Pittsburgh.

Soros has come under intense fire recently from Republicans and the right in the United States. Sen. Chuck Grassley, R-Iowa, and President Donald Trump claimed that Soros funded the protesters at the recent demonstrations in Washington, D.C., over then-Supreme Court nominee Brett Kavanaugh, and Trump’s lawyer Rudy Giuliani retweeted a Twitter user who called Soros the “anti-Christ.”