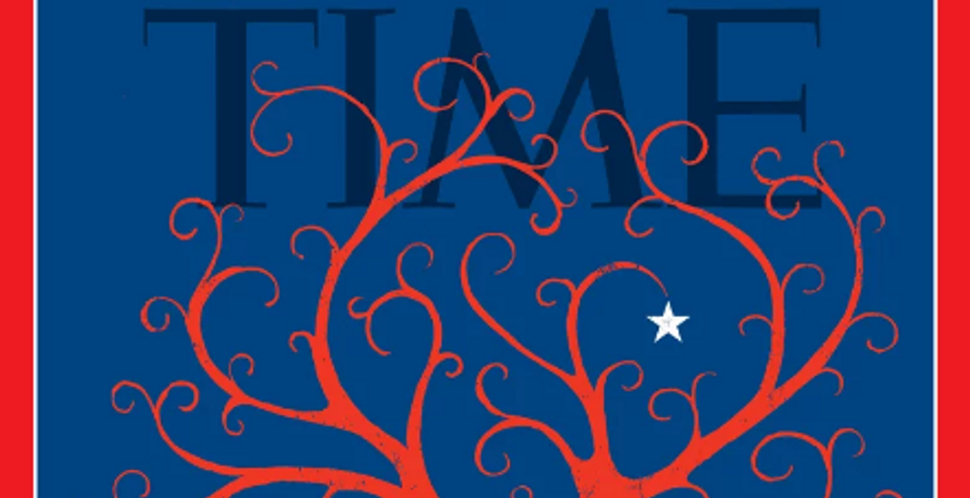 Time Magazine used its iconic cover space to pay tribute to Pittsburgh, where 11 people at prayer were killed in a synagogue over the weekend.

Artist Edel Rodriguez chose to represent the tragedy with the Jewish symbol of a tree of life, for the Tree of Life Congregation itself but also because its roots “run deep in America.”

Time Editor-in-Chief Edward Felsenthal cited George Washington’s famous letters to Jews of Newport, Rhode Island, in which he quoted the bible: “Everyone shall sit in safety under his own vine and fig tree, and there shall be none to make him afraid.”

Felsenthal also recalled his own history — spending Friday nights with his German-immigrant grandparents, listening to the rabbi recite “Shalom Rav” (loosely translated to Grant Us Peace) as the organist played the melody to “My Country, ‘Tis of Thee.”

This was the second time in 14 months that the magazine dedicated an issue to hate in America, according to Time. But the cover illustration, which sits next to the words, “Beyond Hate,” is meant to encourage a glimmer of hope — 13 stars lie under the tree, but one remains.