Orthodox Rabbi: Don’t Pray For Pittsburgh Victims Because They Were Conservative Jews 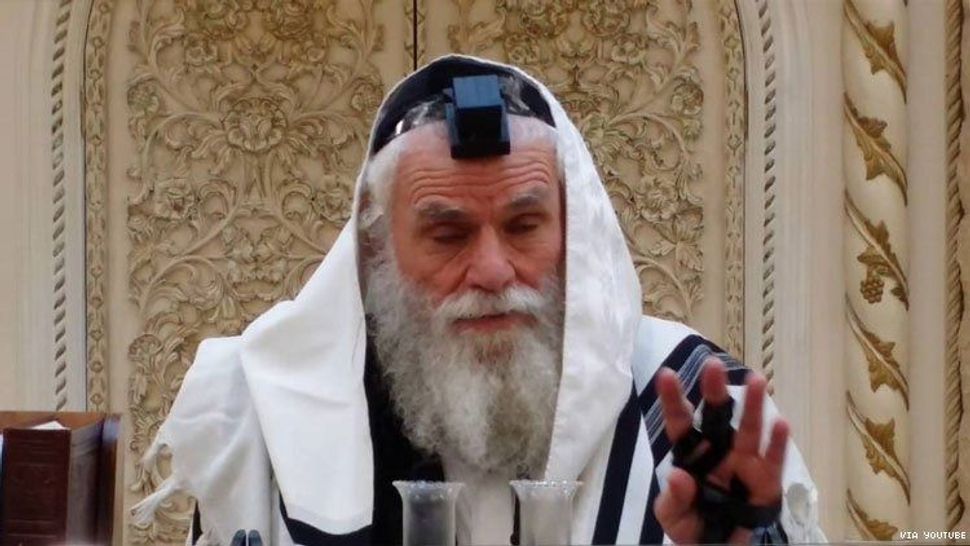 An Orthodox rabbi said that Jews should not pray for the victims of the Pittsburgh synagogue massacre because they were killed while praying in a Conservative synagogue.

“Somebody came over to me and told me today that he got an email that people should go gather someplace here in town to give the Shema for those 11 people who got killed,” Rabbi Mordechai Aderet said during a taped sermon last Sunday, which has been viewed more than 11,000 times on Facebook. “And I still said, I heard it’s a Conservative shul, I heard people drove on Shabbat, and I don’t think people should join these things.”

Aderet also criticized the circumcision ceremony of a gay couple’s son that he believed took place on that day.

“This is a brit milah [ceremony] in a Conservative shul and the two men adopted the boy and did the brit milah, and you wonder why there was a massacre?” asked Rabbi Mordechai Aderet

“I’m not sorry for this disaster,” he added. “You attend a brit milah of two men?”

The widely-spread story that the massacre took place during a brit milah, let alone the brit milah of a gay couple’s son, is not true, according to Pittsburgh Jewish community members.

He also opposed people saying Pslams, or Tehillim, for the dead, as is customary in Jewish tradition.

“This is not Tehillim, this is spitting in Hashem’s [God’s] face. And you like it or you don’t like it, that’s the emet [truth],” he said, adding, “Those people do not let Moshiach [the Messiah] come. If you don’t go on the straight… thing, Hashem won’t bring the Moshiach.”

Aderet’s words were condemned by other Orthodox rabbis, who praised the victims as martyrs worthy of respect and prayer despite their lesser forms of observance.

Aderet previously made news in 2010 when, according to the New York Jewish Week, he stormed in uninvited to a Jewish child’s first birthday party and screamed at those in attendance for engaging in mixed dancing. He allegedly said that those who remained at the party would be cursed with “illness, bankruptcy and tragedy for eternity,” according to a document signed by witnesses.

Orthodox Rabbi: Don’t Pray For Pittsburgh Victims Because They Were Conservative Jews