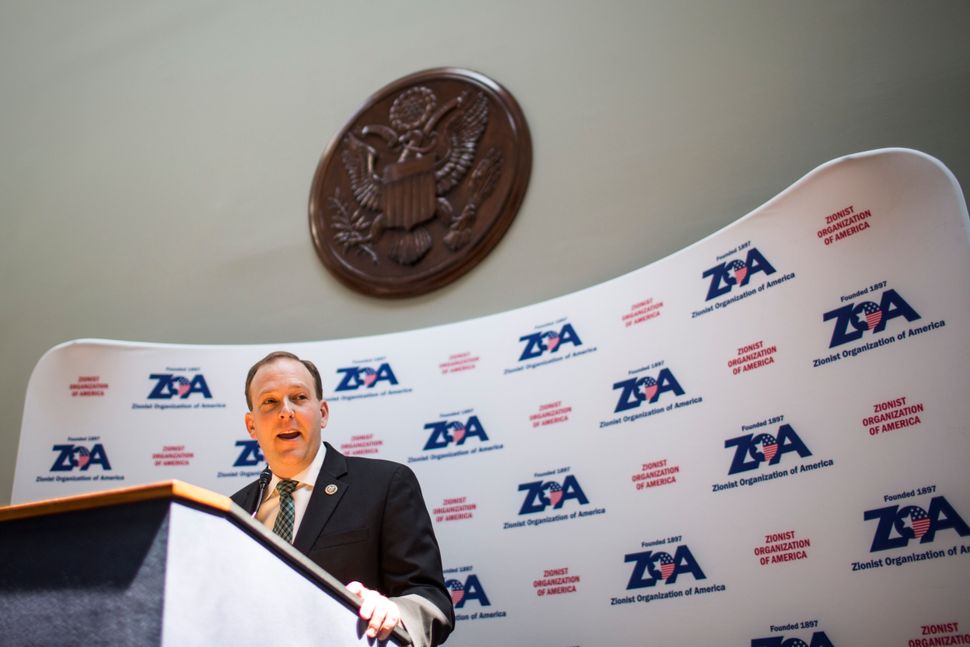 After a campaign sign for Democratic congressional candidate Perry Gershon was found defaced with a swastika, incumbent Rep. Lee Zeldin suggested it was the work of Gershon’s own team, News 12 Long Island reported.

Gershon, who is Jewish, said other signs were recently vandalized with phrases like “baby killer” and “gay lover.”

“It’s a desperate tactic of a flailing campaign to try and get free publicity in the eleventh hour. I think that is shameful,” he said.

“I wouldn’t even be surprised if they desperately did this to their own signs to gain sympathy votes for their flailing campaign. These shenanigans must end,” Boyle wrote in a statement, according to Newsday.

Boyle said Zeldin has also been a target of anti-Semitism during the campaign, and his signs are frequently “torn down, stolen and vandalized.”

He added the incidents haven’t been reported because “we are too busy talking to voters about actual issues that affect their lives.”

Gershon put out a statement on Monday condemning the accusation, noting the recent mass shooting at a Pittsburgh synagogue, where 11 were killed at prayer. He also shared that his grandfather helped liberate the Dachau concentration camp.

“What Lee Zeldin’s campaign calls ‘shenanigans,’ I call a hate crime,” Gershon wrote. “When he tells reporters I vandalized my own signs with a symbol that has been repugnant to generations in my family, that’s obscene. The Suffolk County Police hate crime unit is investigating the actual targeting of only one campaign, the abhorrent defacing of my signs.”