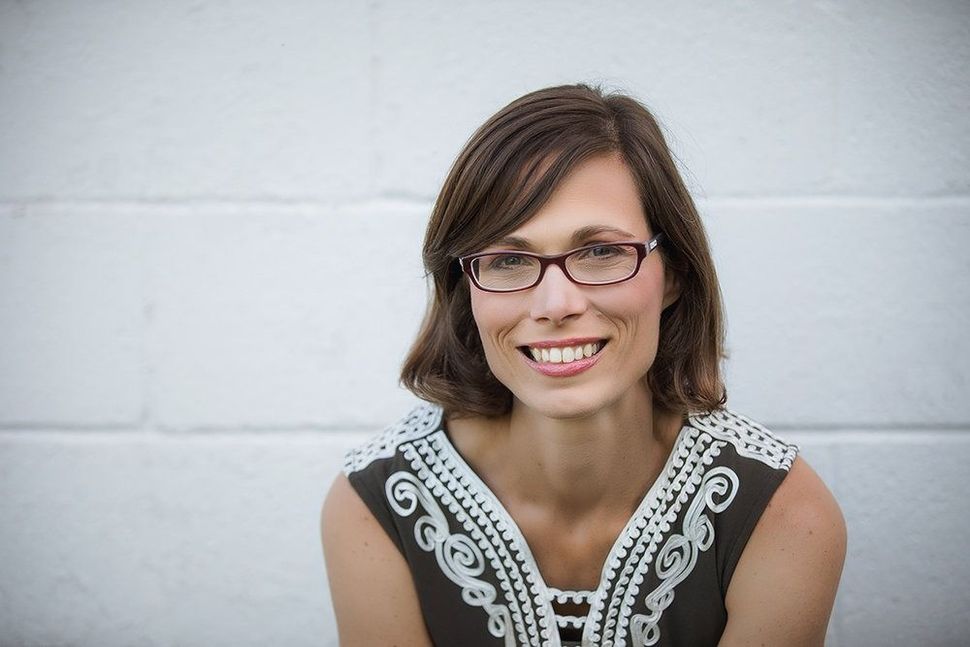 Democrat Liz Watson trailed early in a tight race against a heavily favored Republican in a southern Indiana bellwether district.

As first results trickled in from Indiana’s Ninth District, Watson, a liberal Jewish labor lawyer from Bloomington, trailed first-term Republican Trey Hollingsworth by about a 2-1 margin.

But the first results were from Hollingsworth’s rural strongholds of Lawrence and Morgan counties, and he was running behind his pace of his win in 2016.

Polls were kept open for an extra hour in Watson’s stronghold of Bloomington due to long lines of voters, in a positive sign for the Democrat.

The seat was rated as a Likely Republican hold by most analysts, meaning a close race would signal big problems for the GOP nationwide.

Watson ran as a progressive Democrat, focusing on health care and other liberal bread-and-butter issues. She campaigned together with Sen. Bernie Sanders in October in an effort to energize college voters in Bloomington.

Like other Democrats in red states, she rarely talks about President Trump on the stump, although intense anger at the president, especially among women, would be the force that propels her to an upset if she wins.

Hollingsworth, who is a millionaire developer, has been a consistent ally of President Trump and votes with him virtually all the time. He may have underperformed expectations in 2016 because he has few roote in the state and moved to Indiana to run for the seat.

Indiana’s Ninth District runs all the way down the central spine of the state from the southern suburbs of Indianapolis to the Ohio River, including some suburbs of Louisville, Kentucky.

It’s a much more competitive district then one might expect, since it takes in historically Democratic areas in the south of the state and a heavily Democratic area around Bloomington, which is home to the University of Indiana.

Hollingsworth won by a less-than-impressive 14% margin in 2016, compared to President Trump’s landslide 27% win in the district.

One potential advantage for Watson is that she may do better than expected in the wealthier suburbs of Johnson County outside Indiana, which has significant numbers of college-educated white voters who have turned sharply against the GOP.

In Hollingsworth’s 2016 victory, he won Johnson County by a more than 2-1 margin in 2016 and lost Bloomington’s Monroe County but just under 2-1. Watson will have to outperform those numbers if she has any realistic shot of winning.