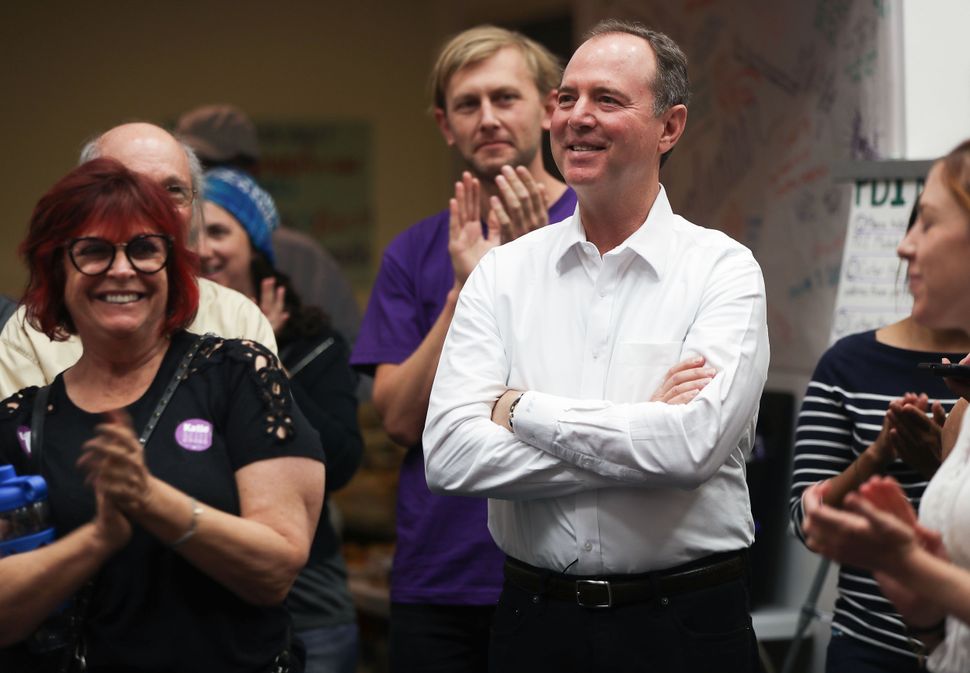 Adam Schiff at a campaign event for another Democratic candidate on November 5. Image by Getty

Adam Schiff is vowing oversight of for Donald Trump that the GOP “completely abdicated,” he said on MSNBC Tuesday evening.

Schiff said he planned to use the power of the House Intelligence Committee — of which he will become the chair — to investigate the Trump administration, something the GOP did not use it for over the past two years.

“It was really worse than abdicating the responsibility of the committee,” Schiff said on MSNBC. “The majority went further by being complicit in the president’s attacks on the independence of the Justice Department, on the men and women of the FBI, on our intelligence community. So we also need to restore the relationship between our committee and the intelligence community and law enforcement.“

Schiff declined to comment when asked if he would bring in Donald Trump, Jr., or Roger Stone, a former campaign operative for Trump, to testify before the committee. He said that the Democrats on the committee will also be following up on whatever special counsel Robert Mueller’s investigation turns up.

“We’re certainly going to look at work that GOP obstructed on our committee,” Schiff said.