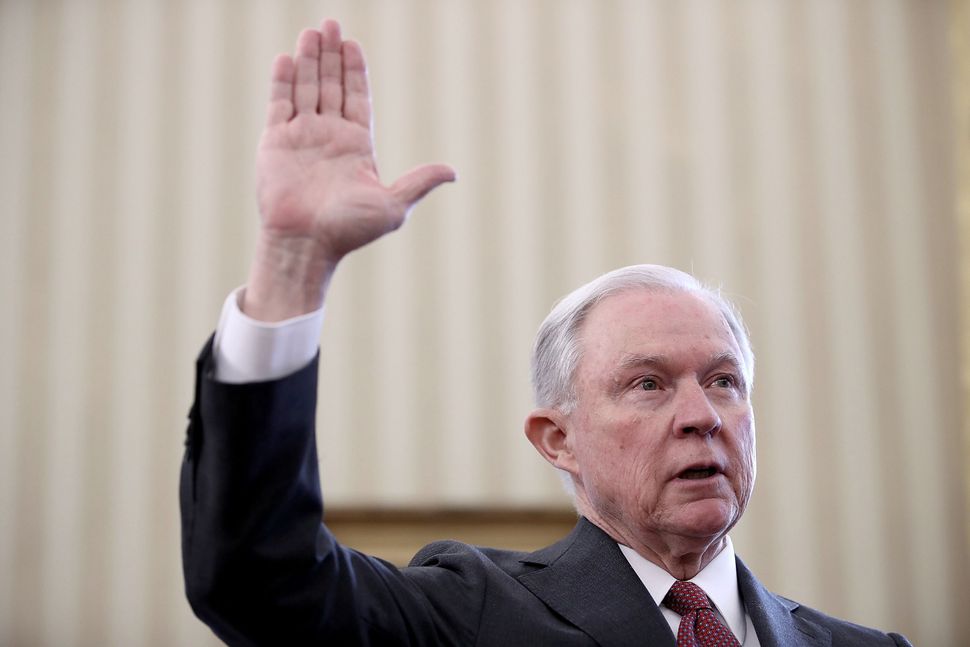 Trump had frequently and publicly expressed his anger at Sessions for recusing himself from the Mueller investigation, allowing its responsibility to fall to Rosenstein.

As Deputy Attorney General, Rosenstein would normally be first in line to replace Sessions, but Whitaker will apparently be taking his place.

Rosenstein has opposed firing Mueller, to Trump’s chagrin. Speculation has mounted for months over Rosenstein’s fate, but Trump said in September that he wanted Rosenstein to stay in his job.

As The Washington Post noted, Whitaker has made public statements expressing skepticism towards the Mueller investigation. Appearing on CNN in July 2017, shortly before he began working for Sessions, Whitaker argued, “I could see a scenario where Jeff Sessions is replaced with a recess appointment, and that attorney general doesn’t fire Bob Mueller, but he just reduces his budget to so low that his investigation grinds to almost a halt.”

Such a crisis could emerge from different interpretations of the first sentence of Sessions’s letter to Trump: “Dear Mr. President, at your request I am submitting my resignation.”

If Sessions’s departure is officially categorized as a resignation rather than being fired, then under the 1998 Vacancies Reform Act, Trump will be able to temporarily replace him with any other government official who has already been confirmed by the Senate, who would then serve as acting attorney general and likely be able to fire Mueller. The Washington Post predicted last year that such a move would almost surely end up in court.

A court battle is also likely if the argument is made that Sessions was fired, nullifying the Vacancies Reform Act’s relevance in this case.

Sessions had previously tried to resign twice before, but Trump refused the resignations, The New York Times reported Wednesday.