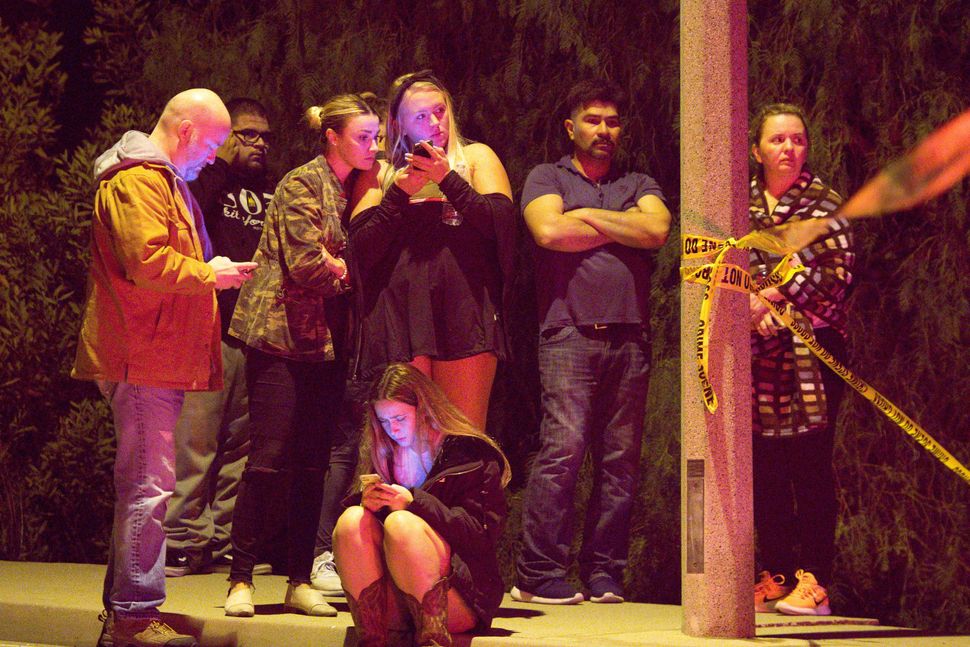 A rabbi paid tribute on social media to a congregant who he said survived Wednesday night’s bloodbath in a country music dance hall in Thousand Oaks, California.

“Our congregant kid was in that country western dance bar… He’s okay… I’m not. I’ve had enough,” Rabbi Paul Kipnes posted on Instagram.

His congregant, Benjamin Ginsburg, 23, was at the dance hall at the time of the massacre. “I woke, checked my email and saw there was a shooting. I immediately thought about this kid because I know he loves country western dancing. He was just in my office a week ago to talk about the Pittsburgh shooting. I went on his Facebook page this morning and saw he had been there and was safe,” Kipnes told the Forward on Thursday. “I sent him and his parents the prayer for healing that our cantor put together.”

Kipnes is the spiritual leader of Congregation Or Ami in Calabasas according to the Reform synagogue’s website. “I do my processing by writing and so I wrote a poem to work through this,” Kipnes said.

“It’s 4:37 am And I’m lying awake. I’m aghast with what happened, at what’s really at stake. That this there gunman went a-shooting, in a country western dance bar, And I knew that our temple’s kid would not have been far,” Kipnes’ poem began.

He also sent a message to his congregation through Facebook, saying that he was there to speak with anyone who needed. Kipnes told the Forward that another congregant used to ride bikes with a victim killed in the attack.

A gunman identified as Ian David Long killed 12 people after he stormed into the Borderline Bar & Grill and opened fire.

Long, 28, a decorated Marine veteran who served from 2008 to 2013, took his own life after being confronted by officers responding to the attack, The New York Times reported.

Kipnes told the Forward that a year ago he wrote his own version of the Mourner’s Kaddish specifically for victims of gun violence. He said that it was used last week in Pittsburgh following the murder of 11 congregants at the Tree of Life synagogue. “Unfortunately it’s been too timely now,” he said.