California Bloodbath Survivor ‘Never Thought’ It Could Happen To Him 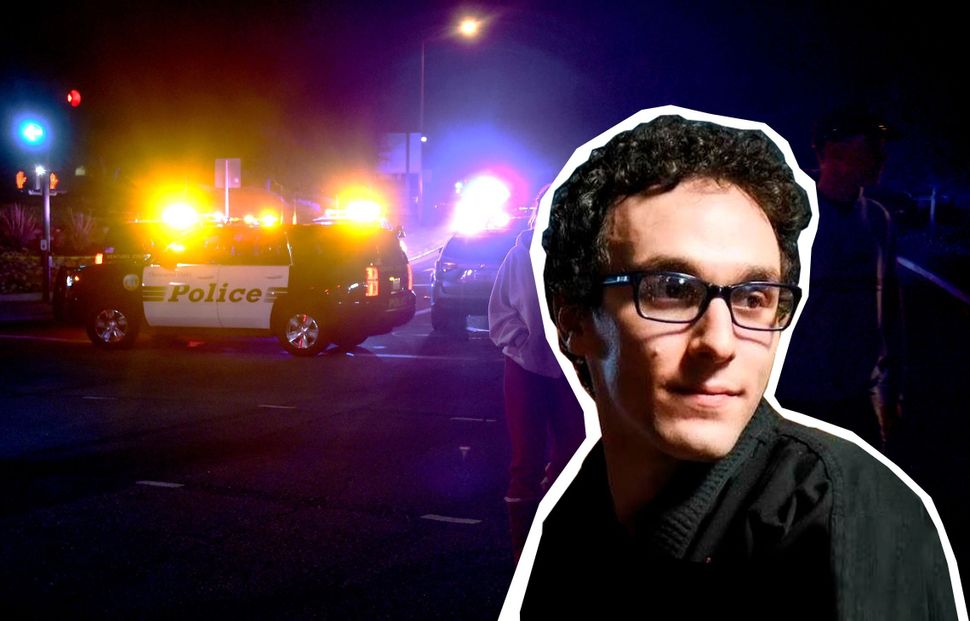 Benjamin Ginsburg spent Wednesday night just like he does every other week, dancing with friends to live country music at the Borderline Bar & Grill.

He heard two loud bangs ring out, but didn’t realize what was happening. An instant later, he dove for his life as chaos enveloped the dance hall in Thousand Oaks, California.

“Most of us thought it might be a prank or sound effect,” Ginsburg told the Forward. “A second later we realized and everyone hit the floor.”

Ginsburg was able to escape through a back exit of the nightclub as the gunman killed at least 12 people, including a close friend of Ginsburg. He ran across to a nearby parking lot and called his parents to say he was safe, offering his phone to other survivors who lost theirs while escaping.

The bar was frequented by mostly college students who share a love of dancing and country music.

“People go to Borderline to dance, to be with friends, to just be part of community,” he said.

Just a week ago, the 23-year-old met with his rabbi at Congregation Or Ami, a Reform synagogue in Calabasas, California, to discuss how frustrated and sad he was over the news of 11 congregants killed by an anti-Semitic gunman during their Shabbat morning prayers at the Tree of Life Synagogue in Pittsburgh.

“I don’t think that you ever think it will happen directly to you,” Ginsburg told the Forward.

By strange coincidence, Congregation Or Ami has close ties to Tree of Life. One of their congregants was cousins with Cecil and David Rosenthal, two brothers gunned down in the Pittsburgh massacre.

Ginsburg, who grew up in Los Angeles, attended the University of California at Davis. He works for the university as a publications assistant.

“It’s 4:37 am And I’m lying awake. I’m aghast with what happened, at what’s really at stake. That this there gunman went a-shooting, in a country western dance bar, And I knew that our temple’s kid would not have been far,” Kipnes wrote.

Kipnes also sent a message to his congregation through Facebook, saying that he was there to speak with anyone who needed. Kipnes told the Forward that another congregant was close friends with a victim who died in the bloodbath.

The Thousand Oaks gunman was identified as Ian David Long. Long, 28, a decorated Marine veteran who served from 2008 to 2013, took his own life after being confronted by officers responding to the attack, The New York Times reported.

California Bloodbath Survivor ‘Never Thought’ It Could Happen To Him