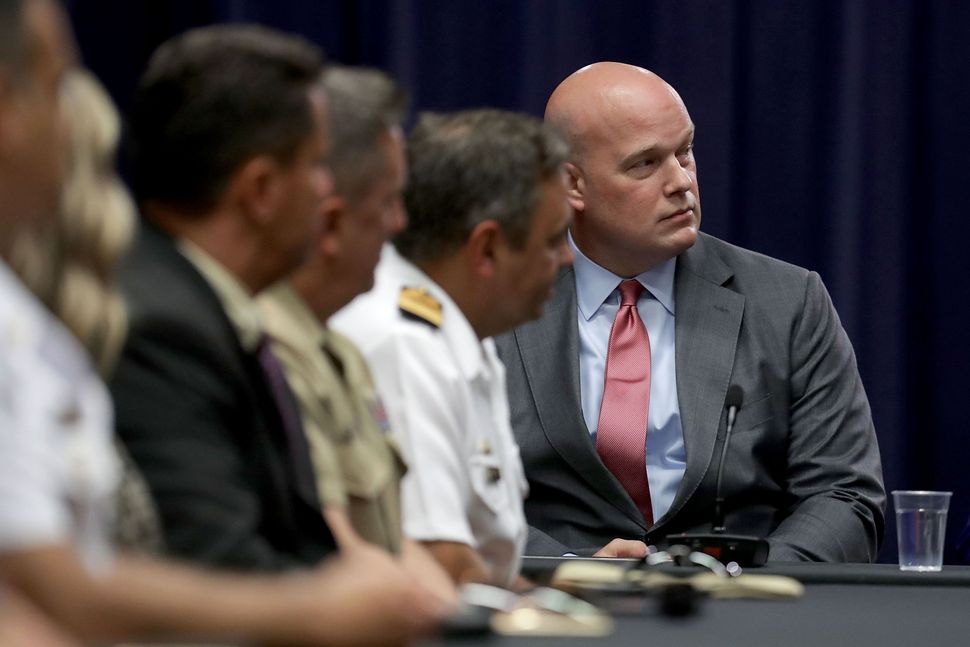 Matthew Whitaker, who was appointed to acting attorney general on Wednesday by President Trump, said during a 2014 debate that judges should have a Christian worldview, the Washington Post reported.

Whitaker, who was running for U.S. Senate at the time, also added that he would be concerned by a judge with a “secular worldview,” according to a column in the Des Moines Register, which had covered the debate. The Family Leader, a conservative Christian group, hosted the event.

When asked “what criteria” he would use to “to block President Obama’s judicial nominees,” Whitaker said he’d “like to see things like their world view, what informs them. Are they people of faith? Do they have a biblical view of justice?”

He continued, explaining his preference: “I’m a New Testament. And what I know is as long as they have that world view, that they’ll be a good judge. And if they have a secular world view, where this is all we have here on Earth, then I’m going to be very concerned about that judge.”