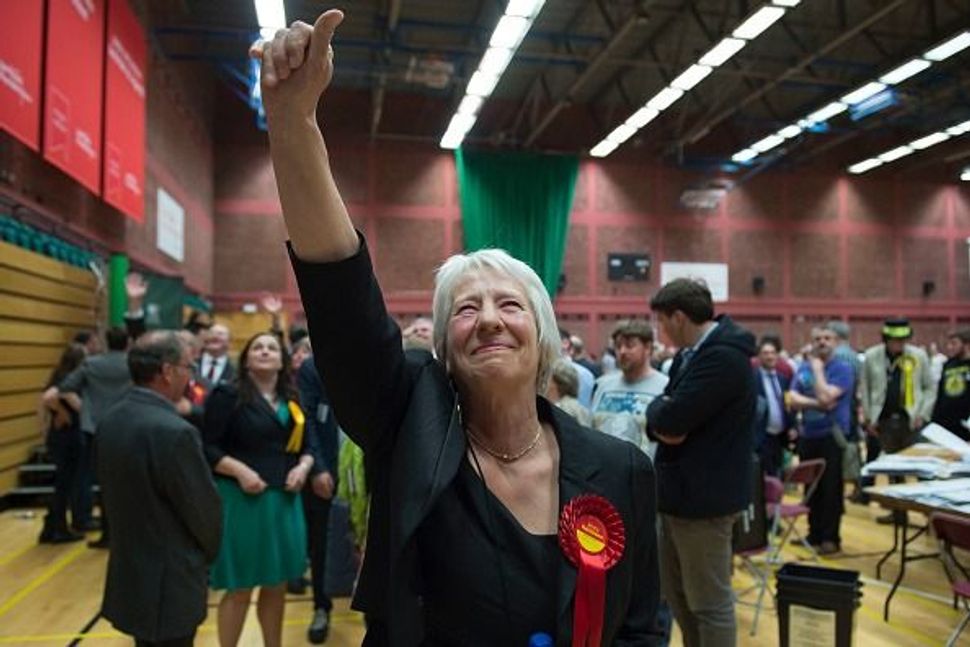 (JTA) — A British Labour politician supportive of party leader Jeremy Corbyn questioned the need for bolstered security for Jewish communities, saying some of the threat may be “in their own heads.”

Jenny Rathbone, who is a lawmaker in the regional National Assembly for Wales, made the statement last year, The Jewish Chronicle reported Wednesday after obtaining a recording of a Q&A discussion where Rathbone was asked whether she agreed with Jewish community leaders’ demand for bolstered security at synagogues.

“How much of it is for real and how much of it is in their own heads is really hard for an outsider to judge — but I think siege mentalities are also part of this,” she said, referencing the risk facing Jews.

Simon Johnson, chief executive of the Jewish Leadership Council, an umbrella group, told the Chronicle: “The security infrastructure of our community has been built over a number of years to ensure our safety. It is not down to a perceived risk, but a very real one.”

A spokesperson for the Community Security Trust, or CST, the security unit of British Jewry, said: “Jenny Rathbone’s dismissal of the need for security at synagogues suggests a remarkable ignorance and lack of empathy.”

Speaking on Tuesday, Rathbone suggested her remarks calling for Jews in the UK to protest about the actions of the Israel government had been “taken out of context.” Commenting on her remarks about “siege mentalities” within the Jewish community, she said: “It is a sad reflection of risks, real or perceived,” the Chronicle reported.

Mainstream Jewish groups in the United Kingdom, as well as former chief rabbi Jonathan Sacks, have called Corbyn, a far-left politician who has argued for a blanket boycott of Israel and had called Hezbollah and Hamas his “friends,” an anti-Semite. They and others have accused Corbyn of emboldening anti-Jewish rhetoric within Labour. Corbyn has rejected these claims and has vowed to purge Labour of racist speech.